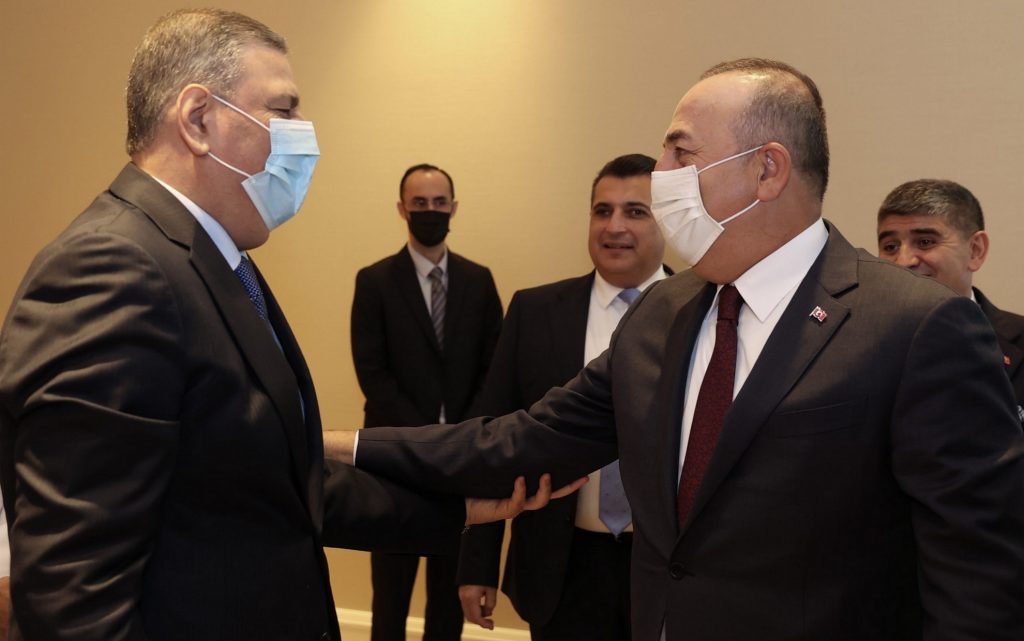 Recent information revealed that, the Syrian opposition in Turkey is preparing to return to its first bases in Qatar, as part of a restructuring project undertaken by former Syrian Prime Minister Riad Hijab, supervised by Ankara and Doha.

The project of rebuild the Syrian opposition on different prospective, that is abandoning the idea of ​​overthrowing the Syrian government led by Syrian president Bashar al Assad.

Also, the absence from any form of unity with other Syrian opposition platforms such as the Salvation Government in Idlib and its setting of conditions for partnership with the SDF appears.

The failure of the Syrian opposition to form a unified rival against the Syrian government in these past years led to this new movement.

The most prominent Syrian opposition forces, which came out of Doha under the name of the “Syrian National Council”, and headed to Istanbul in the name of the “Coalition of Opposition and Change Forces”, are heading to pack their bags again, in preparation for a return to its first bases in Qatar, and under a new name which still unknown.

Sources close to the Syrian opposition in Turkey said, that “the recent meetings between the Turkish and Qatari governments in Doha led to an agreement to restructure the Syrian opposition to serve the objectives of the current stage, based on the variables that radically changed the shape of the field map on the one hand, and the political track in talks with the Syrian government on the other hand”.

In this context, a new Syrian opposition entity is on its way to being born from Qatar, led by the former Syrian Prime Minister, Riad Hijab, who completed a restructuring project on paper, in order to serve the idea of ​​​​reproducing the opposition at the level of Institutions and goals.

It seems that Hijab’s project includes abandoning the idea of ​​”overthrowing the regime”, as a basic way to reach the “new Syria”, which is intended to have “moderate” policies and isolate itself from the region’s conflicts, under the slogan “national interest”, which practically means normalization with Israel, and away from the so called the “axis of resistance”.

The project also, doesn’t call for unification with other platforms such as Syrian opposition platforms of Moscow and Cairo.

This “neutral” Syrian opposition itself continues to stress that it cannot tolerate the presence of other political forces, such as the ruling Syrian “Baath Party,” for example, and other allied parties, as Hijab Project states that working to neutralize these hostile forces will be a “first step towards dissolving them”.

While the project acknowledges that the Syrian opposition is living in a state of division within the coalition first, and with the rest of the currents secondly, it doesn’t call for unification with other platforms such as Moscow and Cairo, and doesn’t include partnership with the “Salvation Government”, which is the political front of the “International Authority” under the authority of HTS (Haya’t Tahrir al Sham) in Idlib.

In addition, the new opposition entity won’t participate in any political issue with the Syria Democratic Forces, unless a direct dialogue takes place that approves a working paper that guarantees a clear position of the SDF on the territorial integrity of Syria.

The project also excludes many prominent opposition figures, and presents Riad Hijab as a figure leading an entity parallel to the Syrian government.

The recent meeting of Turkish Foreign Minister Mevlut Cavusoglu with Hijab in Doha was nothing but a prelude to Ankara’s adoption of the new project, in cooperation with Doha, which will embrace him at the level of the main headquarters and subsidiary institutions, while maintaining parallel headquarters on Turkish soil, which will be the same headquarters.

The coalition, which will dissolve or dissolve itself after the withdrawal of its personalities in favor of joining the future entity, led by Hijab.

On the other hand, there is a problem that the opposition’s reproduction process will pose, related to the subordination of its representatives to the constitution debate committee.

In this context, the possibility of dissolving the committee in its expanded and reduced versions seems valid, if the same names aren’t adopted in the opposition delegation, with a change of reference to be affiliated with the Hijab entity, given that the two parties supporting the coalition are the same sponsors of the new structure.