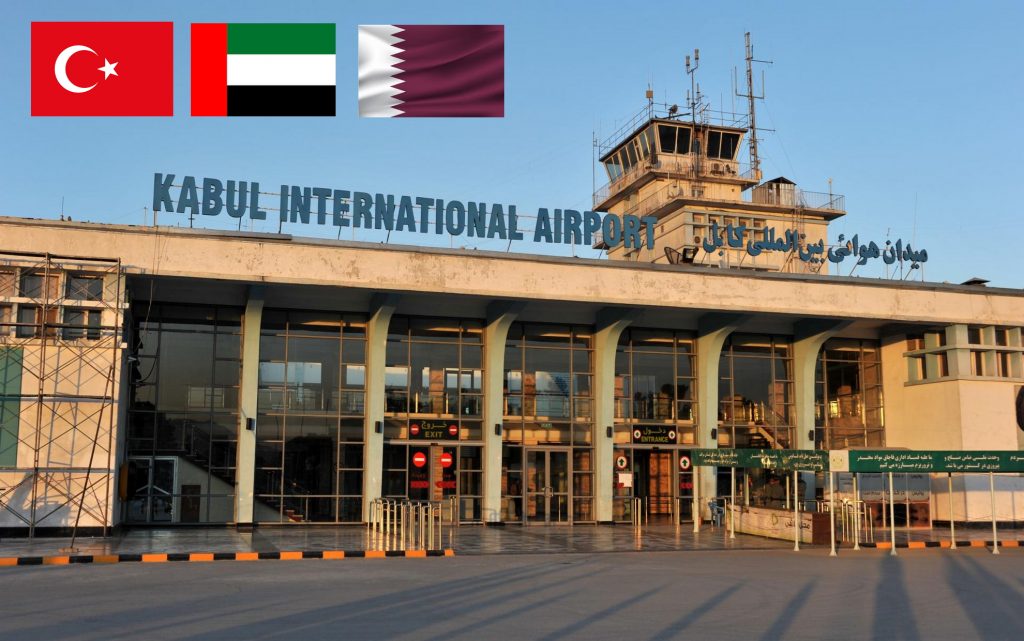 A fruit that everyone wants to pick… Qatar and Turkey continue to work to help the Afghan government to rebuild Kabul International Airport, according to statements by Qatari Foreign Minister Mohammed Abdul Rahman al Thani, after talks with his Turkish counterpart Mevlut Cavusoglu in Doha.

News agencies reported that the UAE also held talks with the Afghan government to manage Kabul Airport, in conjunction with the signing of 10 trade and economic agreements by the UAE and Turkey during the Abu Dhabi Crown Prince’s visit to Ankara for the first time in 12 years.

All information that indicated the possibility of a deliberate coordination between Qatar, the UAE and Turkey, especially in regional areas, such as supporting the Taliban movement or supporting each other financially and strategically in the region.

With the Taliban in power in Afghanistan, Kabul International Airport remained paralyzed, as the new government was unable to restore the airport, so there was a need, more than ever, for outside help to rehabilitate and operate the airport.

At the end of last November, the UAE expressed its willingness to participate in organizing the work of Kabul International Airport, and after a meeting between the foreign ministers of Qatar and Turkey on December 6, the two countries announced that they would work together to help the Afghan government rebuild and manage the airport.

The question that arises is: Is Afghanistan witnessing a competition for influence, or is it a pooling of efforts?

What is certain is that the operation of Kabul International Airport in the Afghan capital will greatly enhance the influence of the new government in Afghanistan?

Despite reports that there is competition in Kabul, but the scene outside Afghanistan is completely different, and some experts believe that the three countries that have shown interest in Afghanistan have another common point outside the Afghan scene, as Qatar and the UAE financially supported Turkey, at the same time, during the collapse of the Turkish lira in late November.