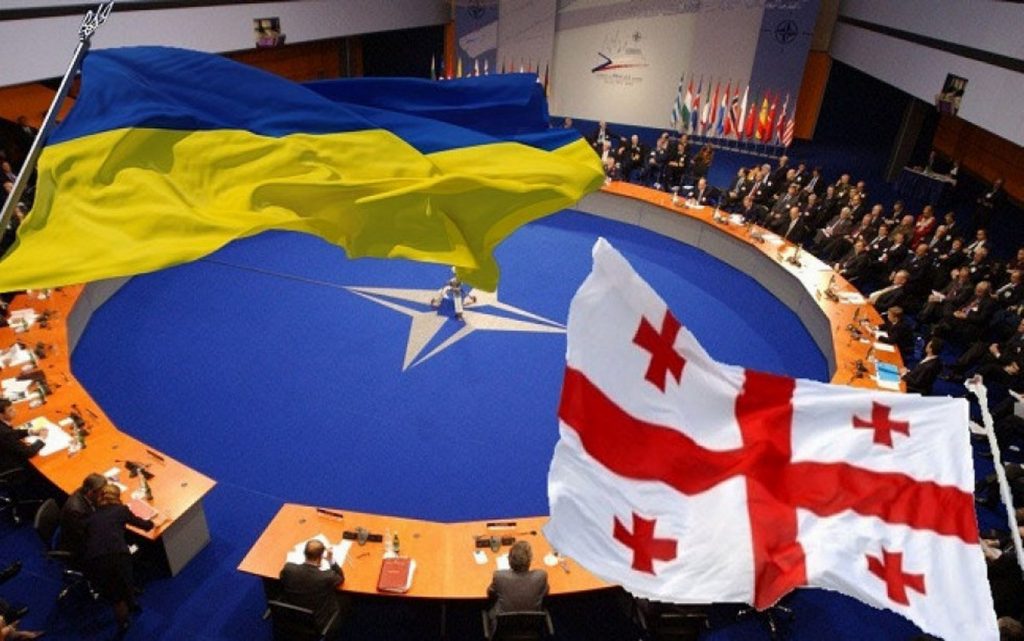 Russia asked NATO on Friday to rescind a 2008 commitment to one day grant NATO membership to Ukraine and Georgia, and for the alliance to promise not to deploy weapons in countries bordering Russia that could threaten its security.

The Russian Foreign Ministry disclosed these demands in its most comprehensive statement so far about the security guarantees that Russian President Vladimir Putin says he wants to obtain from the United States and its allies.

The demands included proposals for periodic defense dialogue and avoiding friction between aircraft and warships, which could form the basis of discussions with Washington after a two-hour video link call last week between Putin and US President Joe Biden.

Washington and Kiev completely rule out the demand for a Russian veto over the NATO membership of Ukraine, which represents the most intense points of tension between the West and the East.

Jens Stoltenberg, the Secretary-General of NATO, stressed that the alliance’s position on this matter has not changed”.

It is a fundamental principle that every country has the right to choose its own path… including what kind of security arrangements it wants to be a part of,” he said in comments he made late Friday.

“NATO’s relationship with Ukraine is decided by the 30 members of NATO and Ukraine, and no one else.

We cannot accept Russia’s attempt to re-establish a system in which the major countries have… spheres of influence in which they control other members and decide what they do”.

On the other hand, European Commission President Ursula von der Leyen said that the EU is ready not only to tighten existing sanctions against Russia, but also to take new financial and economic measures.