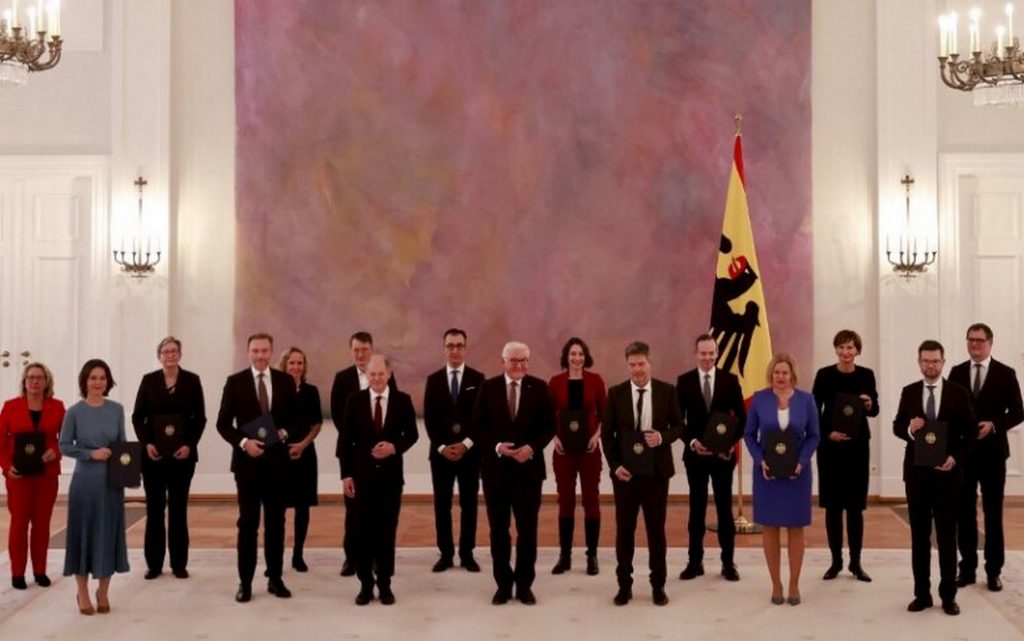 The new German government for the post-Angela Merkel era won’t know any grace period, as it must, upon its official inauguration on Wednesday 12/08, begin to address a number of major issues, ranging from the Covid-19 epidemic and the climate, passing through tension with Moscow and Beijing.

The following is the roadmap and the main challenges facing the team of the Social Democratic chancellor, Olaf Schultz, which also includes the Greens and the Liberals.

Before assuming its duties, the new government was forced to start dealing with the new wave of Covid-19 infections sweeping Germany, forcing it to return from now on a number of its electoral promises.

The vaccine that may be voted on since this week, to enter into force during the first months of 2022, a measure that provokes protests from a section of public opinion.

One of the major challenges that Olaf Scholz will face during his term is to preserve the cohesion of his tripartite coalition.

The program of the three parties participating in the government remains ambiguous about how to finance the promised measures, especially in terms of investments in infrastructure and combating climate warming, with the expected abandonment of coal from 2030 and development of renewable energy sources.

Germany’s massive car industry will have to speed up its transformation, as parties have set a goal of having 15 million electric cars in the country by 2030, compared to just over 500,000 now.

Under pressure from the liberals, the government intends to cut expenditures, with the aim of maximizing the budget deficit without raising taxes, and tension points may quickly emerge on this subject.

If Angela Merkel has refrained from engaging strongly in the issue of European integration, the new government intends to make efforts again in this regard.

The coalition agreement calls for the establishment of a “European Federation” in the future that will adopt decentralization in its work.

In another significant change in approach, Berlin joined the French vision of strengthening the defense of European interests on the international stage.

Scholz stressed that “the establishment of a woman in Europe is the key”, and it is a “duty” for the new government.

In this context, the coalition agreement calls for the adoption of the majority in making decisions at the diplomatic level, and not unanimously as is the case now.

The strength of the coalition government could be severely tested since its inception on the issues of Russia and China.

The new foreign minister, Annalena Baerbock, intends to pursue a more assertive policy than under Merkel, who prioritized economic interests over authoritarian regimes such as Moscow that is massing troops on the border with Russia.

Ukraine and China have not ruled out a boycott of the Winter Olympics in Beijing.

The liberals adopt a similar position, while the Social Democrats, led by Olaf Scholz, have traditionally been more lenient towards Moscow and Beijing.

The new government intends to take several measures that will constitute “milestones” for the state of Scholz, including increasing the minimum hourly wage to 12 euros, from 9.6 euros currently, legalizing cannabis for adults in “licensed shops” and lowering the voting age in legislative elections to 16 years.

With regard to immigration, a topic that didn’t receive much attention in public opinion during the election campaign, it is planned to adopt a mechanism for granting residence to foreigners who have so far been allowed to stay in Germany, meaning that they cannot be deported for a number of reasons, but they are not entitled to them work.

The new government would like to give an opportunity to these foreigners by giving them the possibility, after five years of residence in Germany, to gradually obtain permanent residence.