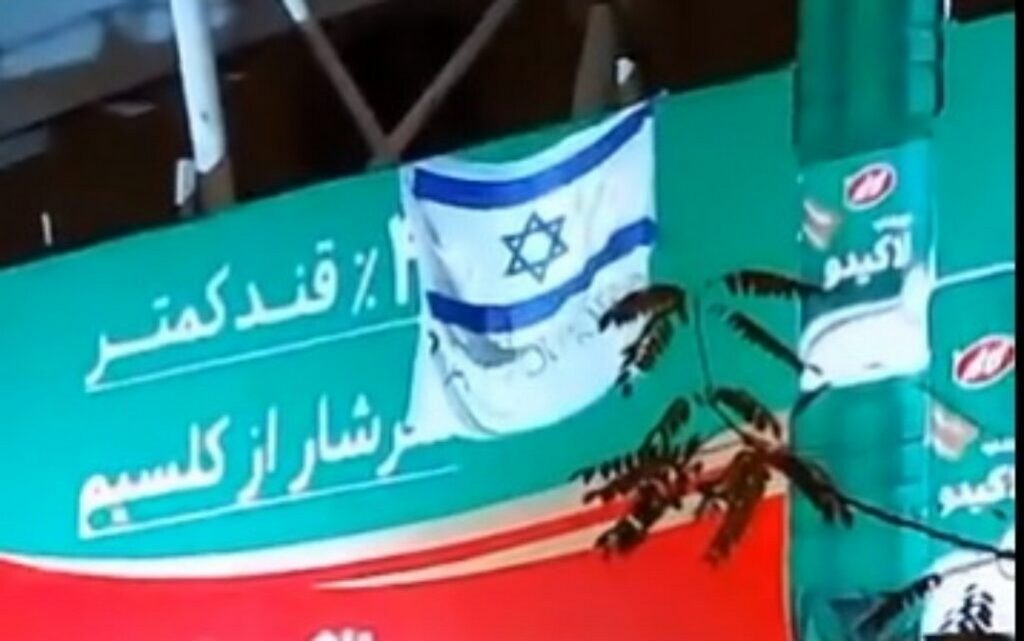 The New York Post newspaper reported that during the past 18 months, Israel carried out 3 major operations against Iranian nuclear sites, with the participation of about a thousand Mossad agents and spies inside Tehran.

The New York Post said that “high-tech weapons were used in carrying out these attacks, including drones and a quadcopter and spies inside Iran’s holiest shrine, the nuclear program,” noting that “while US nuclear negotiators are trying to escape defeat in Vienna, Israel is Take matters seriously.

This strategy is based on the extensive capabilities that the Mossad has built in Iran in recent years”.

Advanced Centrifuges (ICAC) at Natanz, one of the ultra-safe nuclear sites spread across Iran”.

At first, the Iranians were confused, and it seemed that the building was blown up from the inside, but how?

The answer, they say, shocked them when the Iranian regime was renovating the facility in 2019, Israeli agents pretended to be construction merchants and sold them building materials, and those building materials were full of explosives, and a year later they were detonated by Israel, noting that the second and most dangerous stage It was by recruiting Iranian spies consisting of 10 nuclear scientists after they managed to convince them to switch their positions by telling them that they were working for international dissidents, not for Israel, and the scientists gained access to the underground halls, and incredibly, the scientists agreed to blow up the highly guarded facility.

An Israeli source told the New York Post: “Their motives were different.

The Mossad discovered what they desperately wanted in their lives and gave it to them.

There was an inner circle of scientists who knew more about the operation, and an outside circle that helped them, but they had less information”.

The New York Post pointed out that “the mystery of introducing explosives to the fortified compound continued to occupy the Israeli Mossad, and this was achieved in two ways.

The first was that a drone flew in its airspace and delivered the bombs to an agreed-upon location for Iranian scientists to take”.

A source told the New York Post: “Suppose you wanted to enter Explosives to the Natanz facility, how do you do that?

You can, for example, think that the people working there need to eat, they need food, so you can put the explosives in the truck that delivers the food to the facility, and the scientists can pick it up as soon as they come in, yes you can”.

The New York Post indicated that “the plan succeeded, as scientists collected and installed the bombs in April, after Iran announced that it had begun using advanced IR-5 and IR-6 centrifuges in the underground hall in flagrant defiance of its nuclear obligations”.

The explosives were detonated, destroying the safe power system, power outages, and destroying ninety percent of the centrifuges, which led to the facility stopping working for up to nine months, while the scientists immediately disappeared, and today they are all alive and healthy good”.

“Over the previous months, a team of Israeli spies and their Iranian agents smuggled an armed quadcopter into the country, piece by piece.

On June 23, the team assembled the kit and transported it to a site 10 miles from the TESA plant in Karaj where the Iranian Centrifugal Technology Corporation (TESA) is located.

The officers launched a quadcopter and directed it to the factory and released the payload, which caused a big explosion, then the plane returned to the launch site, where it was hidden for further use”.

The New York Post pointed out that “these operations took place during the continuation of negotiations in Vienna, and the Mossad operations were carried out without international cooperation,” noting that “while Biden’s team is imbued with naivety and focus on the future as in the days of former US President Barack Obama, it is the team is seeking in vain the agreement in Vienna, while the Iranians are preparing for war, and the Mossad is trying to stop them”.