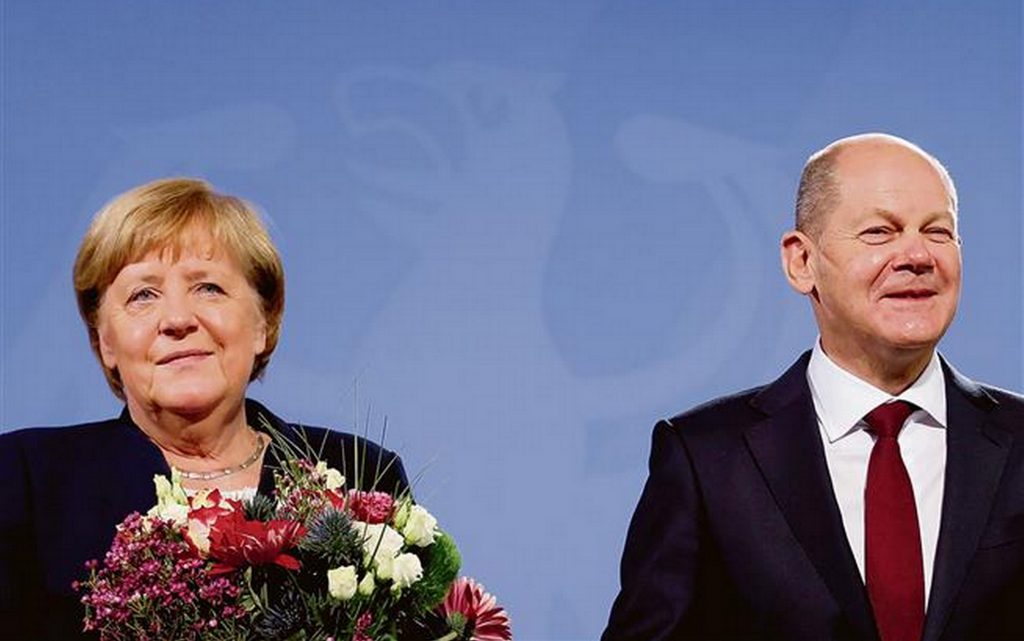 Olaf Scholz was elected as Germany’s new chancellor on Wednesday, the position returned to the Social Democratic Party after 16 losses to the Christian Democrats led by Angela Merkel.

Olaf Scholz was born in Osnabrück on June 14, 1958 in West Germany, his father was a merchant and his mother a homemaker.

He joined the Social Democratic Party in 1975 at the age of seventeen, and was known for wearing woolen suits and participating in a large number of peaceful demonstrations.

Scholz served as deputy head of the party’s youth organization and led a campaign in the 1980s for “radical socialism to overcome the capitalist economy”.

In parallel with his party activity, Scholz was pursuing his studies in law.

After graduating from the Faculty of Law at the University of Hamburg, in 1985 he established a law firm specializing in labor law in the city.

Through his work, Scholz learned the workings of the economy and private companies, which left an impact on his personality.

His career really took off when Social Democrat Gerhard Schröder reached the chancellery in the 1998 elections.

In 1998 Scholz was elected to the Bundestag and became party secretary-general in 2002.

In 2005, the German left split over the liberalization of the labor market, which accelerated Schröder’s defeat against Angela Merkel.

Scholz delivers his speeches in a monotonous tone that has earned him the nickname “Sholtzumat” (meaning “machine Scholtz”), to his dismay.

“He laughs more than people think,” he said in his defense.

He recently said in a press statement, “I’m sober, pragmatic and firm, but what prompted me to political work was feelings,” he said, calling for a “just society”.

In 2018, with his assumption of the Finance Ministry, Scholz became Merkel’s deputy.

According to German media, Scholz was inspired by Merkel’s style, and even imitated her in gestures, especially her famous hand gesture, to the extent that the left-wing newspaper “Tageszeitung” described him as a “mutated” version of Merkel!

Scholz, as the Ministry of Finance, followed a strict financial approach, but after the outbreak of the Coronavirus pandemic, he didn’t hesitate to deviate from the budget items, relying on generosity in spending, and his motto that Germany could face the epidemic from a financial point of view.

His successful policies in dealing with the crisis made him one of the most popular and credible politicians, and put him at the center and front of the scene.

Scholz lost his battle for the presidency of the SPD in 2019, because he didn’t succeed in winning the hearts of the party’s supporters, as the party at the time wanted an explicitly left-leaning leadership.

Nevertheless, he remained the only horse on which his party could bet to restore the Chancellery.

The agreement, signed by the three parties to Germany’s ruling coalition, states that Germany remains committed to cooperation within the framework of the European Union and NATO, and calls for the development of a “new eastern policy” at the EU level and the strengthening of the role of the Organization for Security and Cooperation in Europe.

Observers describe Scholz as a supporter of a “moderate policy” toward Russia.

Scholz is known for his criticism of Moscow’s policies towards Crimea and events in eastern Ukraine.

However, in May 2021 he supported the “Northern Stream 2” project and criticized US sanctions against the companies involved in it, calling it “interference in the internal affairs of Germany and Europe”.

German media indicated that Schulz would not establish a “special relationship” with Moscow, unlike Gerhard Schröder, who headed the German government between 1998 and 2005.

According to the newspaper “Bild”, Scholz said during the German-Russian Petersburg dialogue in 2016, that there is no “reasonable” scenario in which Russia has good relations with Germany and difficult relations with the European Union at the same time.

Scholz intends to continue cooperation with Russia on issues such as combating the epidemic and climate change, and proposes to consider raising the visa for Russians under 25 years of age, expanding opportunities for Russians to study and work in Germany.

As for Ukraine, Scholz doesn’t see in the near future the possibility of its joining NATO and the European Union, and he also opposes the supply of arms to Kiev.

In terms of domestic policy, the Scholz government program calls for abandoning the use of coal until 2030, and building new thermal power plants running on natural gas.

In addition, the Scholz government intends to simplify the procedures for obtaining citizenship, reduce the length of residence required for this to five years, allow dual citizenship, as well as a license to sell marijuana and raise the minimum hourly wage from 9.6 Euros to 12.5 Euros.

Scholtz supports compulsory vaccination against Covid-19 and doesn’t rule out the adoption of more stringent measures regarding the epidemic, as he stressed that “there are no longer red lines for his government in the fight against the pandemic”.

In 2017, Scholz published a book under the title “Hoffnungsland”, which focused on a number of issues such as the migration crisis, the future of Europe and regional conflicts.

Scholz is not of any religion and has been married since 1998 to Social Democratic politician Britta Ernst, 60, whom he describes as “the love of his life”.

His wife is the Minister of Education in the state of Brandenburg, and they don’t have children.