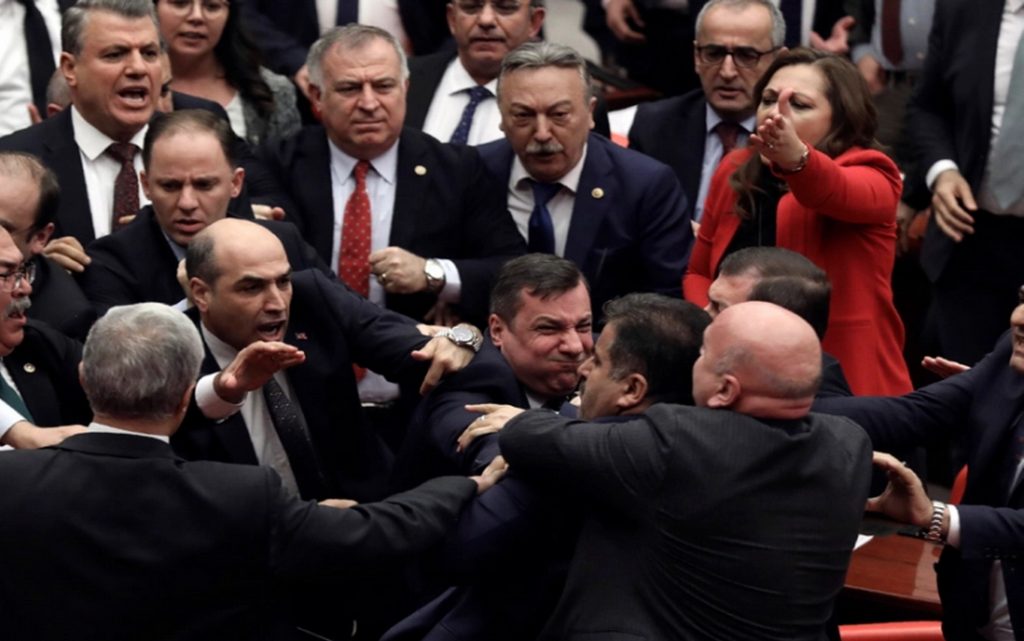 A brawl erupted in the Turkish parliament between deputies of the ruling Justice and Development Party (AKP) and the main opposition Republican People’s Party (CHP).

According to the video, which was broadcast on the Parliament’s website, the skirmishes began after the Republican People’s Party MP, Erkan Aydin, asked Interior Minister Suleyman Soylu, who was present at the parliament meeting, about the reason for using the plane of the famous Turkish businessman Sezgin Baran Korkmaz, who fled from the country after being accused of money laundering and is now under arrest in Austria.

Soylu accused the opposition member of parliament of lying, after which verbal, skirmishes erupted between the parliaments of the Justice and Development Party and the Republican People’s Party, which escalated into a violent quarrel, which prompted the interruption of the parliament session.