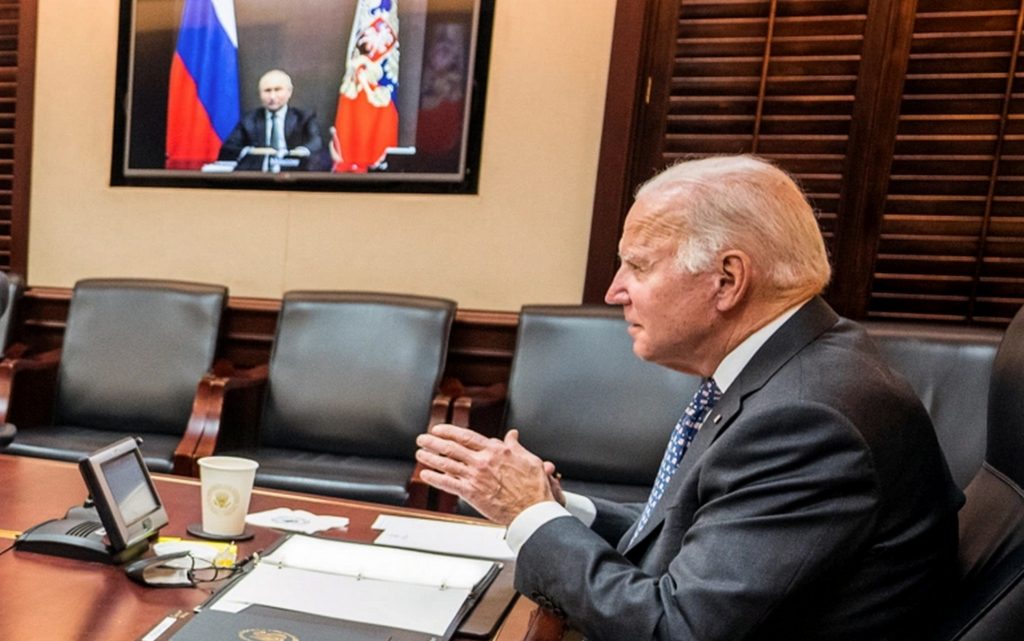 The US President Joe Biden said Wednesday that he had warned his Russian counterpart, Vladimir Putin, of unprecedented US sanctions if Russia attacks Ukraine.

A day after their videoconference summit, Biden said he had told Putin that the United States would respond with sanctions “the likes of which he has never seen” if Ukraine was attacked by Russia.

Biden also stressed on Wednesday that sending US forces to defend Ukraine from Russia “is not up for discussion” because it is not a member of the North Atlantic Treaty Organization (NATO).

Biden said that “the idea of ​​the United States unilaterally using force to confront Russia in the event of an invasion of Ukraine is not up for discussion”.

“We have a moral and legal duty to our NATO allies under Article 5,” he added.

It is a sacred duty… And that duty does not extend to… Ukraine”.

For his part, Russian President Vladimir Putin reiterated that his country won’t accept the accession of neighboring Ukraine to the North Atlantic Treaty Organization (NATO).

The United States had confirmed that every country has the right to choose its partners, and Putin now says the same right, but he believes that such a partnership should not be at the expense of the security of other countries.

“Unfortunately, NATO has taken the front line against Russia,” the Russian president said, adding that the alliance views Russia as an adversary, but Moscow doesn’t seek confrontation.

Putin said he hoped the West would take his country’s concerns seriously.

Putin’s comments come after the summit he held on Tuesday with his US counterpart Joe Biden, via video conference.

Putin described the negotiations with Biden as “clear, realistic and constructive,” indicating the possibility of resuming dialogue.

For its part, France warned Russia on Wednesday of “strategic and huge consequences” in the event of an attack on Ukraine, at a time when Moscow was accused of massing its forces on the border with its neighbor.

“Resolute messages have been conveyed to Russia about the strategic and huge consequences that will result from a new attack on Ukraine’s territorial integrity,” the French foreign ministry said.