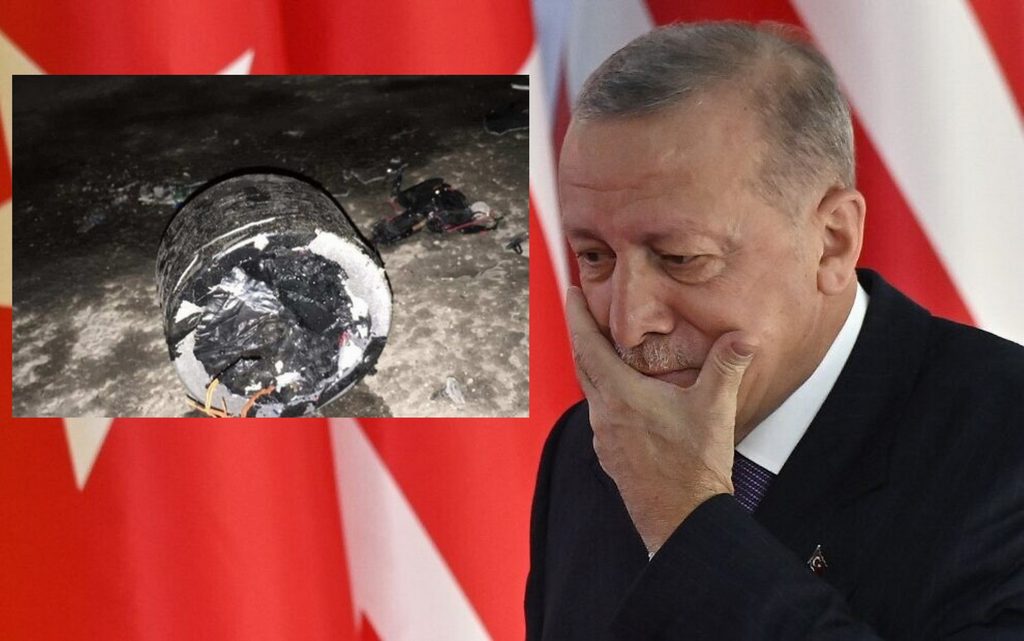 According to Yeni Şafak newspaper that is close to the Turkish government, “The explosive device that was planted under the car of a police officer in charge of the escort program for Turkish President Recep Tayyip Erdogan in Siirt, was entered from Syria”.

It indicated that it was planted in the officer’s car in the Nusaybin area of ​​the border state of Mardin with Syria before he went to join the president’s convoy in Siirt, and it contains a high-explosive C4, weighing about 1.5 kilograms.

According to Yeni Şafak report, “information and preliminary results of the investigations indicate that the terrorists who planted the device crossed the border again into Syria, and this method was followed in many previous operations in Nusaybin”.

Yeni Şafak pointed out that the explosive devices and explosives that were seized by the Turkish army in the terrorist areas in Syria, match the device planted in the officer’s car.

The report explained that the security and police units are now seeking information from citizens in the neighborhood where the police officer was, and studies are continuing to determine the descriptions of the suspects who came to the neighborhood.

Turkish media reported about the discovery of a bomb planted under a car, and upon its discovery it turned out to be an explosive device, which necessitated the intervention of a team of explosives experts to neutralize it, and the investigation teams examined the body and the vehicle for the fingerprints of the suspects, and searches for those involved began.