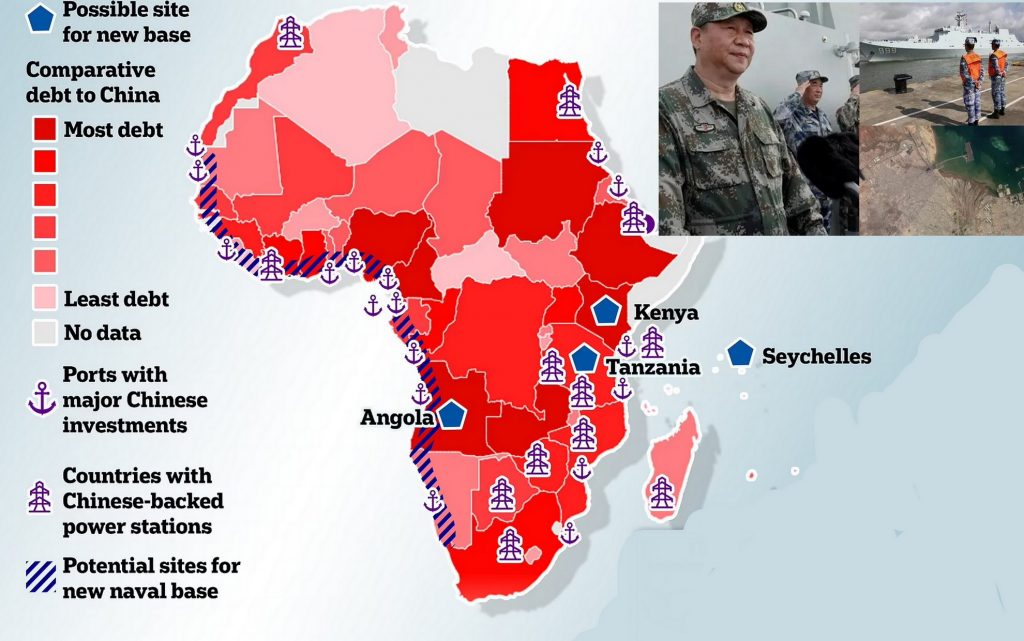 The Wall Street Journal reported in its report, citing US intelligence, that China intends to build a military navy on the Atlantic coast of Africa, in order to rearm and equip its ships.

According to the newspaper’s report, a US administration official commented that the alleged Chinese base will be in Equatorial Guinea, and this raises US national security concerns, “noting that the base will be specifically in the city of Bata, where China has a special commercial port”.

The US Navy Secretary, Carlos del Toro, had commented earlier, saying that “China poses the “greatest threat” to his country’s security and economy, stressing the need for Washington to be vigilant to this threat”.

He added during the activities of the “Aspen Security Forum” in Washington, that China’s intention to one day seize Taiwan, whether by peaceful or military means, poses a threat to the economic security of the United States.