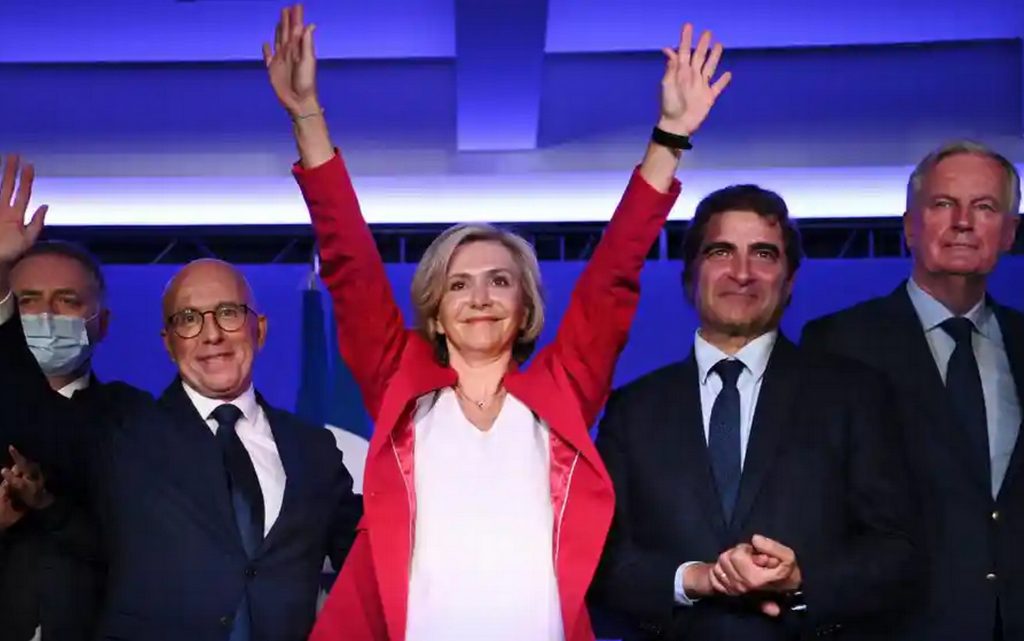 Journalist Angelique Chrysavis published a report in the Guardian newspaper, entitled ” Valérie Pécresse: ‘The Bulldozer’ who will be the first woman to take over the presidency of France”.

As the first woman to run for president from the traditional, male-dominated right-wing party led by Charles de Gaulle, Jacques Chirac and Nicolas Sarkozy, she was presented as a new hope after a career of more than 20 years on the front lines of politics.

“Pécresse promised to tighten justice and policing, crack down on immigration and shrink the public sector.

Its proposals also include halving the number of residences permits for immigrants from outside the European Union.

She wants a referendum to change the constitutional law and introduce immigration quotas. It promised to cut 35 hours of work per week, raise the retirement age to 65, cut 200,000 public sector jobs, and build more nuclear reactors.

The writer reviews the trends of Becqueres, who “traditionally considered to be on the moderate side of the center-right, but in the Ile-de-France region that she administers, which includes suburbs around the capital, has always promised to be tough on “law and order”.

She banned the burkini, in outdoor entertainment areas, and before France legalized same-sex marriage in 2013, during a tense political period of street protests by conservatives, it said it favored a form of civil union rather than full marriage rights.

She later changed her position and said she would not return to same-sex marriage.

The writer notes that her supporters say that “her strong point against Macron is her experience as budget minister.

According to her former president, Sarkozy, she is obsessed with the details of her files, and has a background on the center-right ground occupied by the current president.

Despite his drive to improve gender equality, Macron remains largely surrounded by male advisers, and has appointed men to the highest positions in government.

The Beckers team wants her to make it look unfashionable”.

The writer concludes, “Her task is difficult”.

Her party has always been the right-wing party in government, but lost the presidency in 2012.

It faces competition from the growing far-right opposition, not only Marine Le Pen but also television analyst Eric Zemmour.

Many voters and politicians have moved from the center of the party to Macron”.

But Pécresse is a former senior civil servant who began her political career as an adviser to Jacques Chirac at the Elysee and shares the nickname often called ‘the Bulldozer’.

It is known for its difficult and epic electoral battles”, the writer concludes.