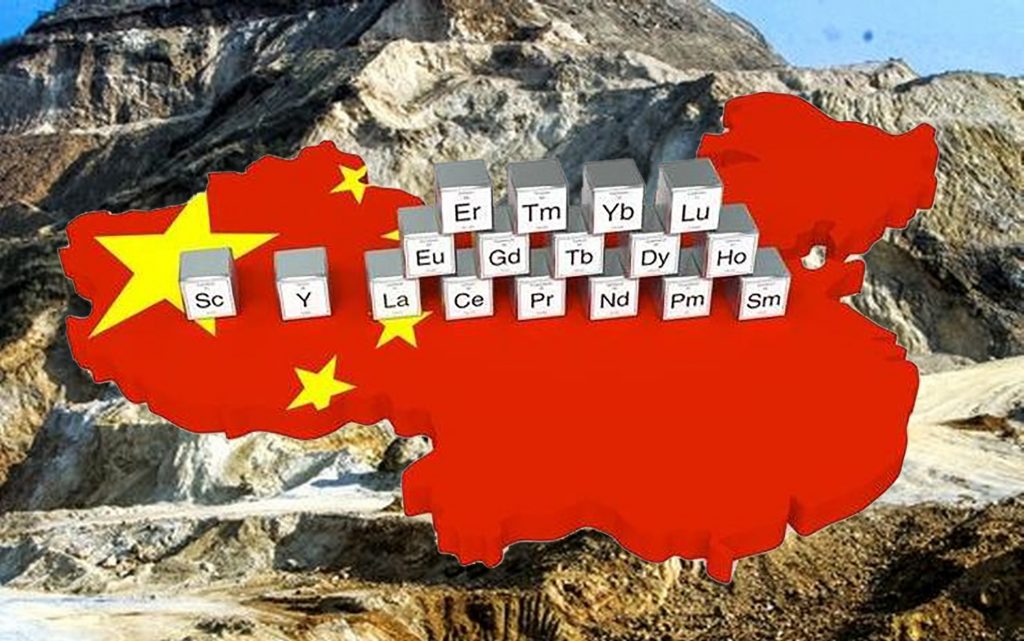 In its quest to maintain its dominance in the global supply chain for strategic minerals as tensions with the US rise, China has agreed to create one of the world’s largest rare earths companies.

The Wall Street Journal, citing informed sources, said in a report that the new company will be called China Rare Earth Group, and will be created by merging rare earth assets from some government companies, which are Designed to further enhance Beijing’s pricing power and avoid infighting among Chinese firms, and use that leverage to undermine Western efforts to control critical technologies, the company is expected to be announced next month.

The report stated that there is a difference between several parties about the estimates of China’s dominance of the rare earth elements industry, as some analysts say that the mining of these elements by China accounts for more than 70% of the world’s mining, and it is responsible for 90% of the complex process of converting it into magnets.

A White House report estimated that China controls 55% of the world’s mining of these elements and 85% of the refining process.

What are these rare metals and what is their importance?

The newspaper report explained that the rare earth elements are a group of 17 elements that are valuable for their magnetic and conductive properties, and are used to manufacture a range of important technologies, such as components in electric cars, smart phone touch screens, and missile defense systems, and Chinese hegemony gives Beijing potential influence. on makers of diversified fast-growing technologies.

He added that efforts to boost the country’s standing in rare earths come at a time of growing sensitivity in the West that China could use its dominance in industry as a geopolitical weapon.

Washington had raised concerns that Beijing might use its control of these rare earths for strategic purposes, and last February the US Department of Defense signed a technical investment agreement with an Australian company that the ministry described as “the largest mining and processing company for rare earth elements outside China,” and under the terms of the deal, this company will build a facility to process light rare earth materials in Texas.

At the same time, US President Joe Biden issued an executive order identifying the combination of these elements as one of 4 key areas that need more aggressive policy options to reduce supply chain risks.

The report recommended several steps to expand local production and processing capacity in order to increase the flexibility of supply chains for strategic and critical materials.

The newspaper drew attention to the fact that the prices of rare earth elements have not returned to the levels they reached in mid-2011, amid intense speculation in China and elsewhere due to the sudden realization of the critical importance of the relatively small and mysterious industry, and since then mining of these elements has expanded elsewhere Companies have introduced technology to reduce mineral use, and governments have put money and speech behind efforts to compete with Chinese industry.