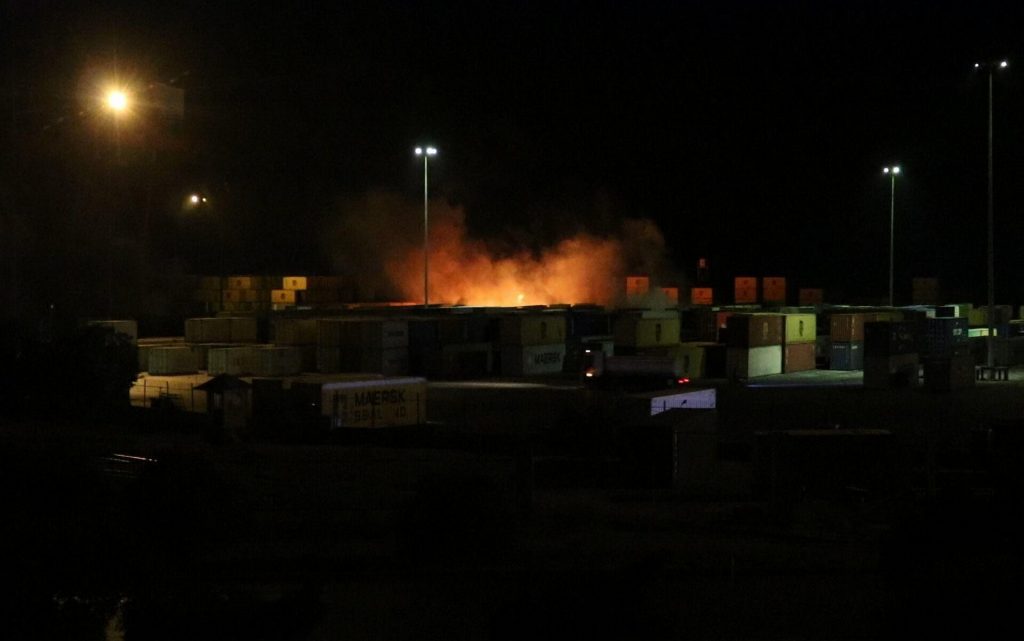 Syrian official media reported on Tuesday that a fire caused by an Israeli aggression had been put out, which targeted the vicinity of Latakia port and caused material damage.

Still, there is no information about casualties.

Syrian state television said that five explosions rocked the coastal city of Latakia, following an Israeli aggression on the container yard in the port, which prompted fire engines to the site of the attack.

An Israeli military spokesman said the army doesn’t comment on reports from abroad.

In turn, the Syrian government accused Israel of launching the missile attack on the container yard in the commercial port of Latakia.

The Syrian government news agency (SANA) quoted a military source as saying that “the Israeli enemy carried out an air aggression at dawn today with several missiles from the direction of the Mediterranean, southwest of Latakia, targeting the container yard in the commercial port of Latakia”.

The source added that the bombing led to the ignition of a number of commercial containers.

The Governor of Latakia, Amer Ismail Hilal, stated that the firefighting teams were able to put out the fire that broke out in the port’s container yard, and is currently working on cooling the site.

The Mediterranean port of Latakia is Syria’s main port through which food and other essential supplies flow into Syria and is close to Russia’s Hmeimim air base.