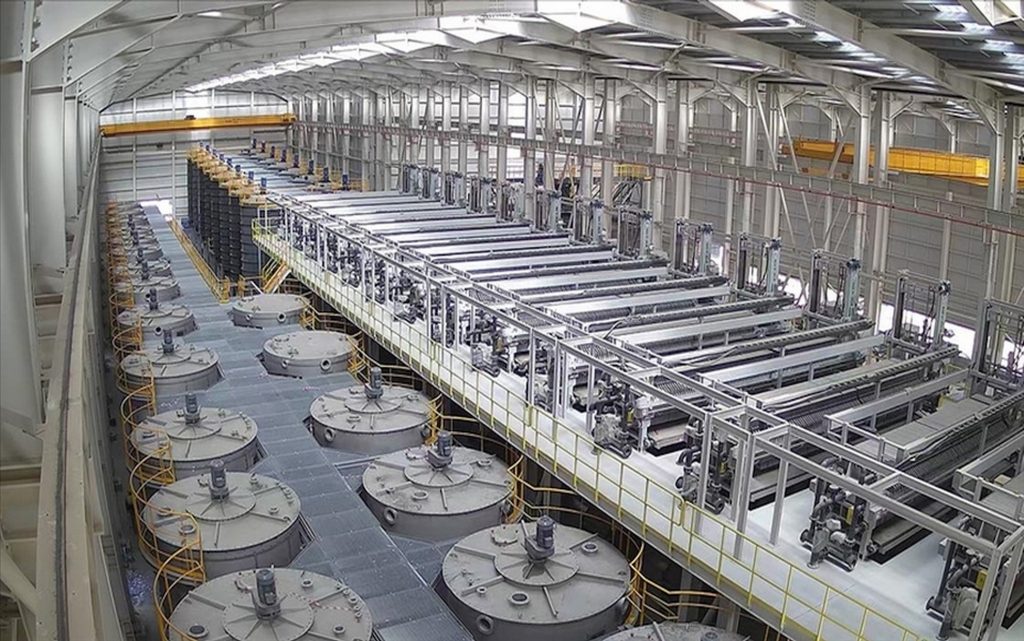 Turkish President Recep Tayyip Erdogan inaugurated on Saturday the largest zinc smelting plant in the southeastern state of Siirt, in partnership with Qatar.

President Erdogan participated in an opening ceremony held inside the Siirt Industrial Zone, which hosts the Liner Metal Zinc Factory.

In a speech during the ceremony, Erdogan said that this factory is the largest in Siirt and the surrounding region, and the value of the project amounted to 102 million dollars.

He pointed out that the plant was built with a Turkish-Qatari partnership, and will meet about half of Turkey’s zinc needs, reducing dependence on abroad.

He stressed that the project would guarantee savings of about half a billion dollars annually for Turkey, which was importing all zinc from other countries.

The Turkish President stressed that the project’s contribution to the region will be wonderful in terms of providing job opportunities for about 3,000 residents.

Today, he said, he will also lay the foundation stone for the lead, silver and sulfuric acid factories, as an extension of the zinc smelting plant project.

He explained that the value of these investments will amount to $500 million, and will employ about 7,500 people when they are completed in 2023.