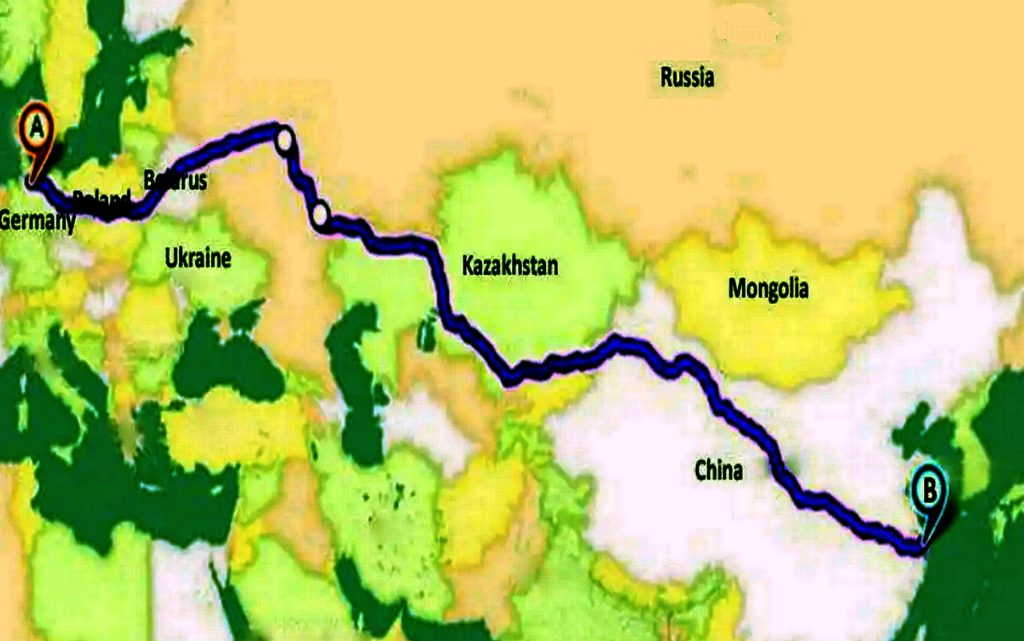 The Eurasian Development Bank revealed its willingness to finance the “Meridian Express” project, also known as the “Russian Silk Road”, which is part of a project to build an international transport route between Europe and western China.

The “Meridian Express” is a highway that stretches for about 2,000 km from the border of Kazakhstan through the Russian territory to Belarus.

It is also part of a project to build an international transport route between Europe and western China, the Russian section called Meridian.

In this regard, the Eurasian Development Bank confirmed in a statement published last Thursday that it is ready to act as a lender and regulator for financing the Meridian Expressway as part of the construction of an international transport route between Europe and western China.

A memorandum of understanding was signed in this regard between the Eurasian Development Bank and the Russian Holding Company, during the Eurasian Congress.

According to the statement, the Meridian Expressway will shorten traffic through large cities, and is supposed to pass through eight entities in Russia, and the length of the road will range from 1,300 to 2021 km.

What is the approximate cost of this project?

According to preliminary data, the cost of the highway will range from 420-430 billion rubles (about $6 billion).

It is planned that 6.1 to 11.5 million tons of goods per year will be transported by road by 2035, and transit will account for about 11% of this figure.

The expected volume of road traffic is up to 12,000 cars per day.

The road will form part of a broad cooperation between China and Russia, which are working together to establish this road to serve as a Russian corridor between China and Europe to accelerate the pace of goods transport between Europe and China.

China also has a similar project in name, but it is more forward looking than the Russian one, as the Chinese project mainly starts from Iraq.

Experts believe that China’s real goal in Iraq is to revive the “Belt and Road” project, as Iraq seeks to be a major link point in the new Silk Road, and plans to expand its seaports and renew its land lines, in order to gain positive returns.

Iraq’s strategic importance to China is focused on its presence at the head of the Persian Gulf, and the link it represents between the Arab region and its Middle Eastern neighborhood, as it connects Iran and the Gulf states to Europe through Turkey, and this is what made China direct its policy towards Iraq to include it in the “Silk Road” project.