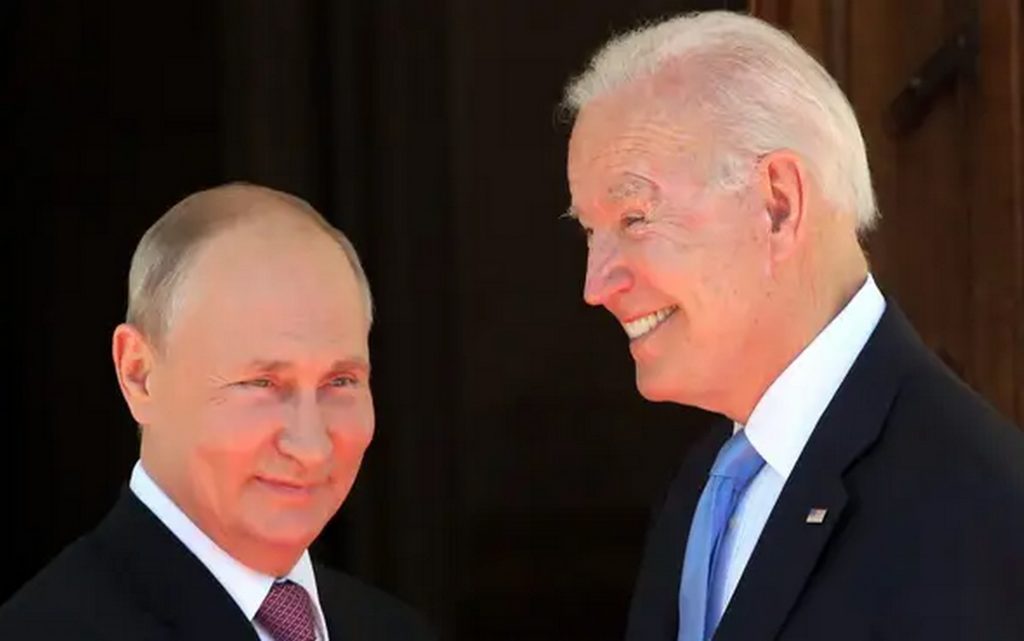 The US President Joe Biden said he expects to have an “extensive conversation” with his Russian counterpart Vladimir Putin about the threat to invade Ukraine.

Biden dismissed Putin’s warning that the deployment of Western weapons or forces in Ukraine was a red line for Russia.

“We’ve been aware of Russian moves for a long time, and my expectations are that there will be a lengthy conversation with Putin,” the US president said in statements to reporters Friday evening, before leaving the White House for the presidential Camp David resort in Maryland, USA.

When asked about Putin’s warning that installing missile defense systems or taking countermeasures in Ukraine would be a red line for the Kremlin, Biden said he did not respect Putin’s red lines.

Both the Kremlin and a US source said US President Joe Biden will hold a video call with Russian President Vladimir Putin on Tuesday.

The US source said that the two leaders intend to discuss US concerns about the Russian military build-up on the Ukrainian border, among other issues.

The Kremlin told Reuters today that the two sides will also discuss bilateral relations and the implementation of agreements reached during the two leaders’ summit in Geneva in June.

Bloomberg news agency notes that Biden’s statements come at the conclusion of a busy day in which White House officials mentioned that the US administration is considering imposing economic sanctions and providing security assistance to Kiev, in response to the buildup of Russian forces on the border with Ukraine.

This Russian military build-up has raised concerns in Western countries about the possibility of Moscow invading Ukraine.

A senior official in the administration of President Biden said that US intelligence has concluded that Russia is planning to launch an attack on Ukraine as soon as next year, with the participation of 175,000 Russian soldiers.

The Kremlin announced on Saturday, that Russian President Vladimir Putin will hold a virtual meeting with his US counterpart Joe Biden next Tuesday.

The Russian Interfax news agency quoted Kremlin spokesman Dmitry Peskov as confirming the date of the meeting between the two leaders.

Peskov said the two leaders would discuss the Ukraine conflict during the meeting.