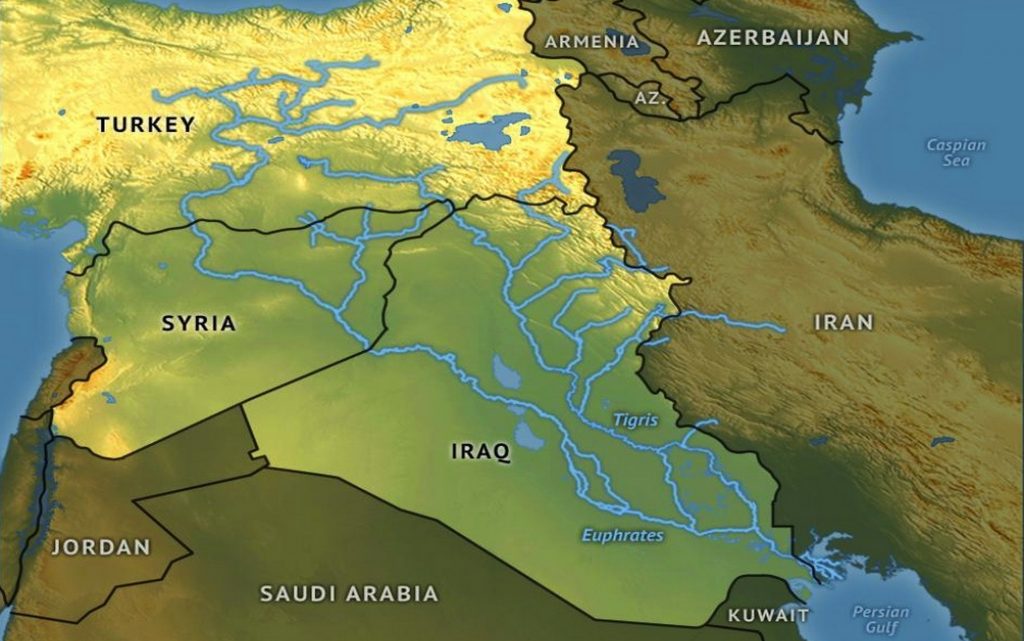 Turkey realizes that it can play a role that Israel for example cannot play, as the latter is in the eyes of all Arab peoples an existing enemy and continuous aggression, despite attempts at normalization and international pressures.

On the other hand, Turkey enjoys many advantages, its people are Muslim, its strategic location, its human forces are great, and its economic potential is enormous.

In addition, it has historical relations with the Arabs and has ruled Arab and other countries for more than 4 centuries.

Turkey has a huge arsenal of weapons, as it is a vast country, where the geographical factor gave it control over Asia Minor and the straits, which together form the link between the Balkan countries and the Middle East, and gave it a strategic importance dating back to its northeastern borders with the former Soviet Union, so it can play a pivotal role in the Middle East, which no other country can compensate for, and this belief is what determined some of the features of Turkish strategy in the past decades, especially after the Iraq-Iran war.

Such a policy and that ambition, in the past and the present, explains Turkey’s role, negatively or positively, as it wants to play a pivotal regional role equal to or even greater than that of Iran, and it seeks to gain influence through its relationship between the Arabs and Israel, despite what it has been exposed to recently.

It has problems with the latter, as it wants to secure its growing national interests and appear as the leader in the region, especially with moderate Islam, which is different from Iranian Islam or the Islam that Osama bin Laden, al Qaeda or ISIS and Abu Bakr al Baghdadi were calling for.

Turkish Islam as the most acceptable and in harmony with the interests of the West, and such an appreciation is almost general among different and sometimes conflicting circles and contains a measure of truth, but it was cracked after the failed coup attempt that took place on July 15, 2016 and the subsequent procedures and prosecutions that were described as they were collective punishments and included flagrant human rights violations, according to several reports International human rights organizations, especially the growing role of Turkish President Recep Tayyip Erdogan and his expansionist ambitions, have been criticized in Europe.

The repeated water cuts by Turkey, which affect both Syria and Iraq, illustrate the dimensions of the scheme, which was in fact only an international rehearsal to measure the degree of Arab reaction, knowing that Turkey refused to discuss the issue seriously with Syria and Iraq until 1988.

Perhaps Turkey’s water policy is part of its general strategy, which is trying to extend its arms, especially by using its water influence, which led to a huge shortage of water in the Euphrates River, estimated at 14 billion cubic meters, knowing that the shortfall from evaporation is equal to 3 billion cubic meters.

The Euphrates River problem is relatively old and dates back to a few decades ago when Turkey planned to implement its projects to irrigate southeastern Anatolia, and the Syrian-Iraqi dispute contributed to the failure to take a unified deterrent position for Turkey at the time.

Turkey seeks to double the electric power through the project and to play the role of the food basket in agricultural terms to finance the Middle East, through the Gap project.

The late Turkish President Turgut Ozal had said early on, “The day will come when we’ll exchange a barrel of our water for a barrel of oil”.

Since 1985, Turkey has started implementing the huge Gap project on the Tigris and Euphrates rivers.

It consists of 13 sections, 6 of which are on the Tigris River and 7 on the Euphrates River.

In effect, Turkey, through this giant project, can control the water and use it to impose Policies and economics on both Syria and Iraq, especially when it also becomes a food basket to provide the Middle East with what it needs of crops and fruits, in contravention of the Helsinki Treaty regulating the rights of states relating to international rivers of 1973 and the Argentina Conference on Water Resources of 1977, which regulates roads Benefiting from international rivers in accordance with the rules of right, justice and necessary need, and in a manner that doesn’t lead to harm to the population, property, the environment and other illegal uses.

One of Turkey’s justifications is that the Euphrates and Tigris basins are one basin, and it proposes scheduling the needs and including the Syrian Orontes River in the calculations of water sharing and other pretexts that insist on being technical and do not carry any political goal and do not intend to harm neighbors.

The repeated water cuts by Turkey, which affect both Syria and Iraq, illustrate the dimensions of the scheme, which was in fact nothing but an international rehearsal to measure the degree of Arab reaction, noting that Turkey refused to discuss the issue seriously with Syria and Iraq until 1988, especially By exploiting the conditions of the Iraqi-Iranian war and the Syrian-Iraqi differences, but the World Bank’s reluctance to provide assistance to Turkey until an agreement is reached to share the river’s water is what made it agree to put it on the negotiating table.

The annual flow rate of the Euphrates River is 31.8 billion cubic meters, and filling the reservoir and other dams needs continuous interruption, perhaps for a few weeks or months, which gives an idea of ​​the extent of the damage that will fall on both Syria and Iraq, and the risks and prospects that await them.

The annual flow rate of the Euphrates River is 31.8 billion cubic meters, and filling the reservoir and other dams needs continuous cutting, perhaps for a few weeks or months, which gives an idea of ​​the extent of the damage that will befall both Syria and Iraq

As for Iraq, it is the most harmful.

The beneficiary population is about 14 million people, and although the Haditha Dam (al Qadisiyah), the al Warar Dam project, and the Hindiya Dam project, they are fed from the river and store water to benefit from it when needed and in the event of water shortage, but it cannot fill the shortage caused by the water cut, in addition.

This led to the impact on the Habbaniyah Lake, which is fed by the Euphrates for many times, as it is linked to the Lake Van project.

The former Turkish prime minister and president, Suleiman Demiral described the project as “the golden homeland for the next century”.

Turkey has taken advantage of the deteriorating situation in Iraq and Syria, especially by ISIS occupying parts of them to proceed with its water projects in the Tigris and Euphrates basins.

From the PKK party, and it still refuses to withdraw from Iraqi territory, where it has a military base near Erbil, even after the military defeat of ISIS, not to mention the effort to impose a buffer zone on the Turkish-Syrian border, with the support of Washington under the pretext of confronting terrorism, especially after the announcement US withdrawal from Syria.

In the past, whenever Arab-Turkish relations became complicated, Turkey resorted to waving the Atlantic nuclear sword and the role of partner with Western countries (the imperialist branch) and its interests in the Arab world.

Turkey contributes more influence in the region, especially in the Arab world, through its pressure on Syria and Iraq, as well as its continued relationship with Israel.

One of the most important new agreements signed between Israel and Turkey after the ruling of the Justice and Development Party is the Manawat River project, which flows into the Mediterranean east of Antalya, where it was agreed that Turkey would sell Israel 50 million km 3 for a period of 20 years by sea transport, and this was done in In 2004, even after the Freedom Flotilla incident in 2010, it wasn’t announced that this agreement had been suspended.