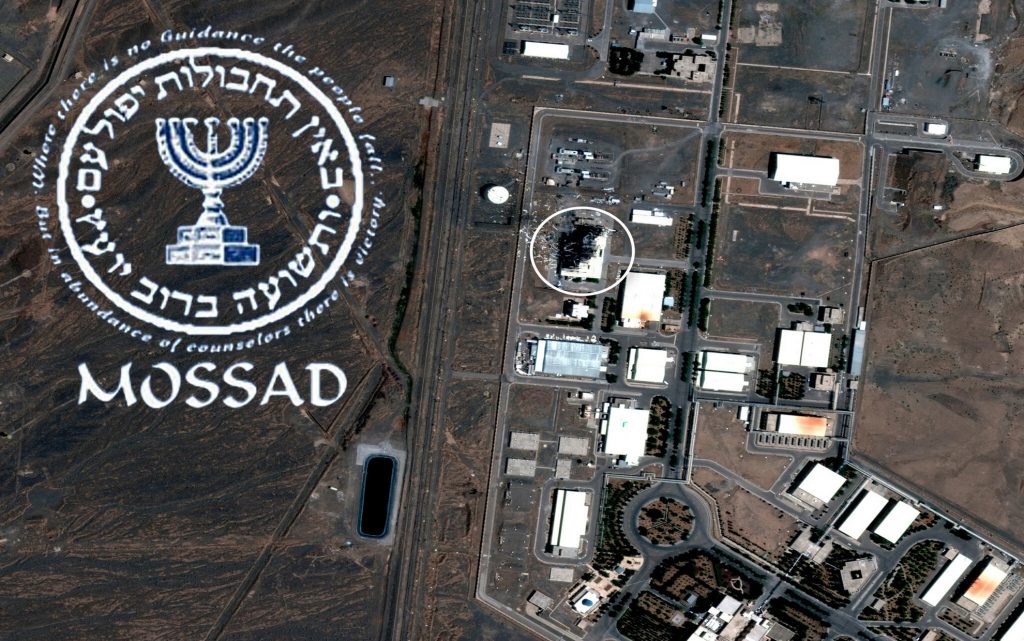 The Jewish Chronicle newspaper, said on Thursday that the Israeli intelligence service, “Mossad”, had recruited a team of Iranian scientists to carry out the bombing of Iran’s Natanz nuclear facility last April.

The London-based newspaper claimed that Mossad contacted 10 Iranian scientists and persuaded them to destroy the A1000 underground centrifuge hall in Natanz, in the central province of Isfahan, last April.

But the Jewish Chronicle said that the Iranian scientists thought they were working for international opposition groups, not for Israel.

The Jewish Chronicle revealed some details of that operation, as it said that some of the explosives were dropped by a drone, for scientists to collect quietly, while others were smuggled in lunch boxes on a catering truck.

The newspaper noted that the devastation that followed the bombing caused chaos at the highest levels of the Iranian leadership.

It claimed that the explosion sabotaged 90 % of the centrifuges in Natanz, delaying progress toward a nuclear bomb and shutting down the facility for up to nine months.

Israel hasn’t explicitly claimed responsibility for the bombing of the Iranian facility.

But the former Iranian foreign minister, Javad Zarif, formally accused Israel, at the time, of being responsible for the “sabotage act” that befell the facility.