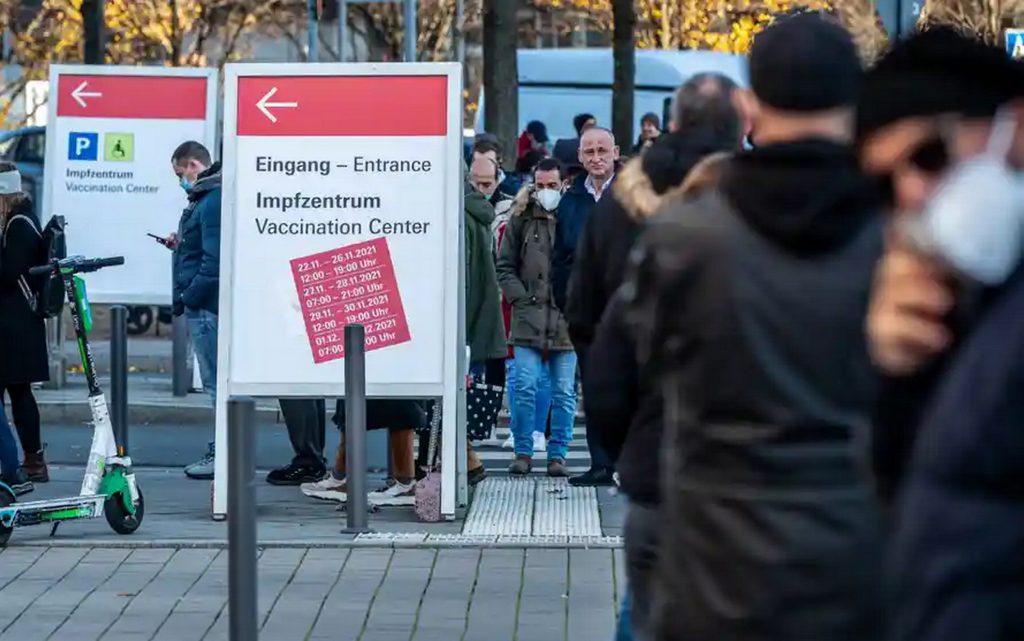 Outgoing German Chancellor Angela Merkel announced that those who have not received the anti-Covid vaccine won’t be allowed to enter the country’s food stores, cultural and entertainment venues.

Merkel made it clear that the measures are necessary against the background of fears that hospitals in Germany may become overcrowded with Covid-19 patients.

She added that “the situation in her country is serious,” describing the measures as “falling within the framework of national solidarity”.

She said that health authorities stressed the need to adhere to masks in schools, impose new restrictions on private meetings, and give 30 million doses of vaccine until the end of this year.

She stated that Parliament is scheduled to discuss the possibility of imposing a general obligation to receive the vaccine, to enter into force in early February.

The German Bundestag is scheduled to discuss a general obligation to receive the vaccine, as part of an effort aimed at reducing infections with the Coronavirus, which again exceeded 70,000 cases within 24 hours.

The German Disease Control Authority recorded 73,209 new infections with the virus on Thursday, and the Robert Koch Institute also recorded 388 deaths, bringing the total virus deaths since the beginning of the pandemic to 102,178 deaths.