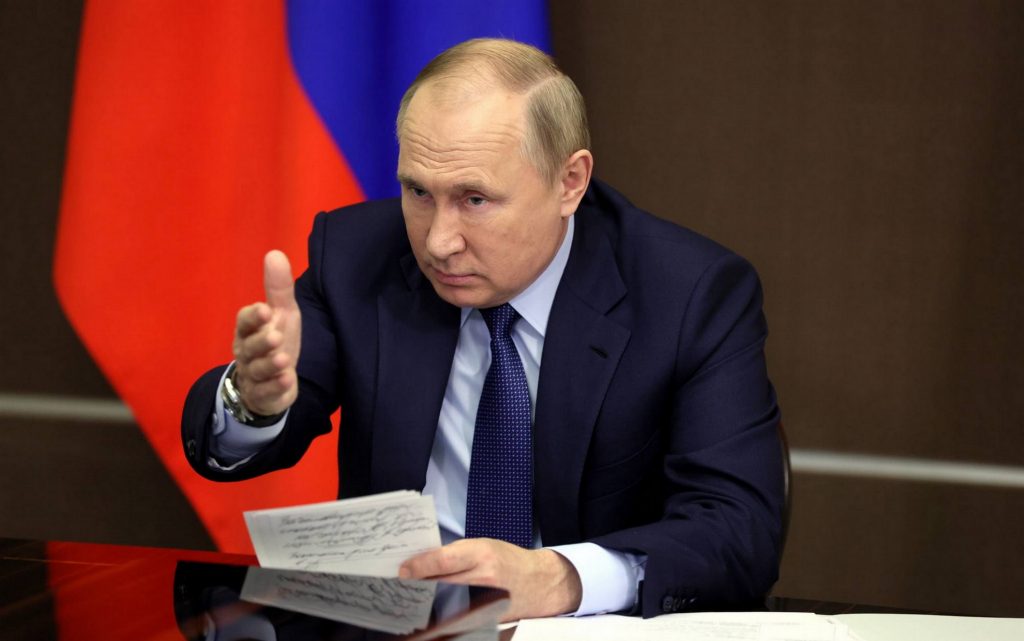 The Russian President Vladimir Putin said on Tuesday he had not made a decision to run for another six years in the Kremlin when his current term ends in 2024, while praising US President Joe Biden’s decision to seek re-election in that year.

Putin has ruled Russia, whether in the position of president or prime minister, since the beginning of this century, making him the longest-serving leader in the Kremlin since Joseph Stalin.

Russia made amendments last year that allow Putin to compete for two additional six-year presidential terms, and without these amendments, he would have had to leave power in 2024.

Putin said at an investment forum in Moscow that the choice to be able to compete for the post again prevented the undermining of the political system in the country.

“Whether I’ll do this or not running in the elections, I haven’t decided yet, but the fact that this right exists has already led to the stability of the internal political situation,” Putin said.

Some analysts say Putin was liable to be a lame duck if he didn’t have the option of running for office again in 2024.

Putin said that US President Biden was absolutely right when he announced the possibility of re-election “because if you don’t start making preparations for the elections, I think the government of the country will suffer greatly”.

“The US president doesn’t need my opinions, but I think what he did was right,” the Russian president added.

In addition, Putin said that Russia has successfully tested hypersonic weapons up to Mach 9, and soon these weapons will appear in the country.

Putin warned of the consequences of deploying offensive weapons and systems in Ukraine, and said: “If some kind of clash/war appears on the territory of Ukraine, the duration of the trip these missile weapons to Moscow will be from seven to ten minutes, and in the case of placing hypersonic weapons, it’s only will five minutes.

Putin indicated that in this case Russia would have to “make something similar” regarding these threats, and the Russian president emphasized that Moscow is capable of doing so now.

“Now we have successfully tested a new missile, and from the beginning of the year we will be armed with new hypersonic Mach 9 naval missiles,” Putin said, in statements he made during a remote investment forum, in response to these threats coming from the Ukrainian border.

In his speech, Putin noted the time it takes for these new missiles to reach their supposed targets and to those who issue these orders to Ukraine, and said: “The flight duration for those who issue orders will also be 5 minutes”.

The Russian president added: “Where are we going?

Why do we do that?

They create such threats, and there are red lines for Russia, but I hope they don’t go that far.

I hope that, West will have a sense of common sense and responsibility towards their countries and the international community”.

The Russian Defense Minister, Sergey Shoygu, had said earlier that the activity of NATO near Russia’s borders imposes the need for further development of the Russian armed forces.

At the meeting of the Russian defense industries held on November 3, the Russian President indicated that the hypersonic Zirkon missiles will enter service in the Russian Navy in 2022.

This class of missiles Zircon is considered the world’s first hypersonic missile, which is capable of continuous aerodynamic flight with maneuvering in the atmosphere using the thrust of its own engine and has a range of between 1,000 and 2,000 km, and deliveries of new missiles may begin to the Russian fleet in 2022.