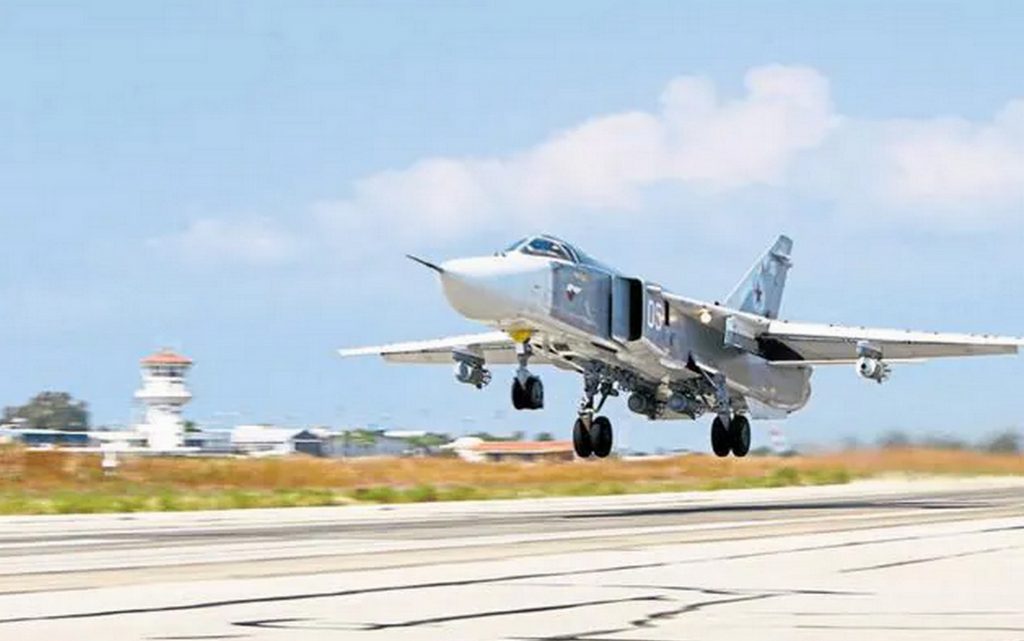 Over the past few hours, the Russian forces have reinforced their military equipment in the Syrian Badia, with the aim of raising the level of their fight against ISIS, in the countryside of Homs, specifically near the Palmyra area.

According to Syrian opposition sources, two Russian Sukhoi-24 arrived on Saturday, November 27, at Palmyra Military Airport in the eastern countryside of Homs, to participate in the bombing of ISIS sites in the Homs desert.

The Syrian opposition sources confirmed that the aforementioned reinforcements are among the largest batches of Russian fighters to the region, indicating the Russians’ determination to raise the level of their military operations and strengthen their influence, in addition to raising the level of air strikes.

The Syrian Badia frequently witnesses attacks carried out by ISIS, as it still controls a large desert enclave in the Syrian Badia that extends over the provinces of Raqqa, Deir al Zour, Homs, Hama and Suwayda.