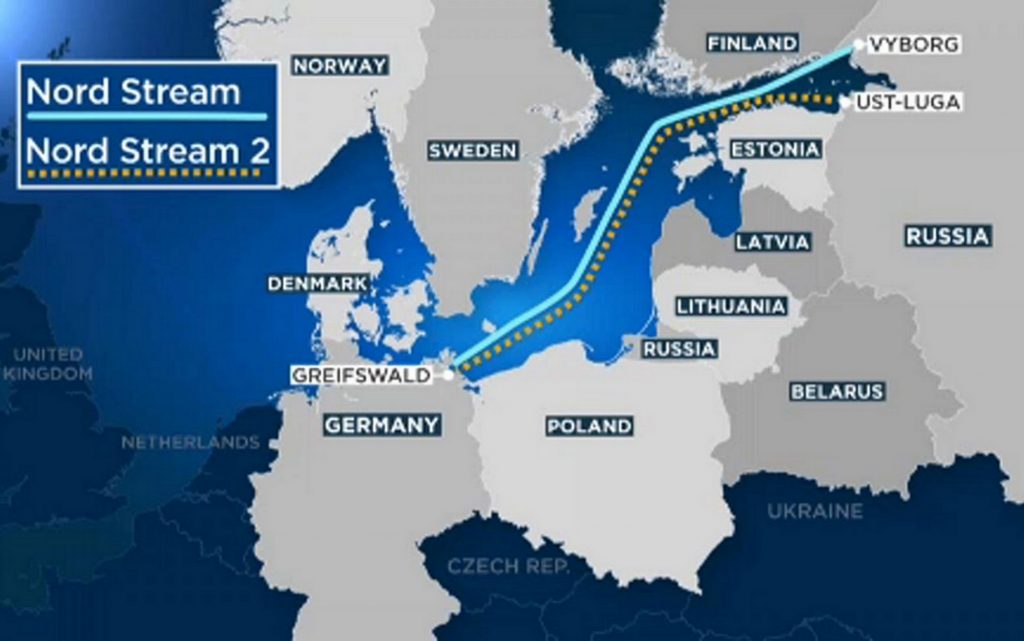 A secret document indicated, that the German government asked the US Congress not to impose sanctions on the “Nord Stream 2” project, pledging in return to toughen the approach towards Russia politically.

The contents of a document classified as a secret dated November 19, addressed to the US Congress by the German embassy in Washington, in which it said that Germany was “determined to successfully implement” the bilateral agreements reached on July 21 aimed at “strengthening energy security in Ukraine and Europe as well as deterring Russia from misusing the gas pipeline for aggressive political purposes”.

The German side considered that US sanctions on the project “will undermine the commitments made to Germany in the joint statement” issued on July 21, “will weaken confidence in the US government and threaten the achievements of the joint statement, including the provisions on support for Ukraine”.

The German embassy stressed that the sanctions would “damage the Atlantic unity,” adding that the measures against a US ally “would only represent a victory” for Russian President Vladimir Putin.

According to the document, the German government will take measures at the national level to tighten its approach to Russia, including through “decisive public statements” as part of efforts to prevent the Russian government from using the “energy weapon”.

The German government will also review the possibility of limiting or suspending certain bilateral political meetings or certain forms of cooperation with Russia when it is necessary and feasible.

The “Nord Stream 2” project, worth 3 billion euros, includes laying two pipelines with a total capacity of 55 billion cubic meters of gas annually from Russia to Germany directly across the bottom of the Baltic Sea bypassing Ukraine.

The total length of the line is 1234 km, and was built parallel to the Nord Stream 1 pipeline”.

The United States and some European countries, especially Poland, Estonia, Latvia and Lithuania, are not satisfied with this new gas pipeline, which will double the capacity of the Nord Stream 1 already in operation, considering that it will lead to Germany and the European Union dependence on Russian gas and thus on Moscow.