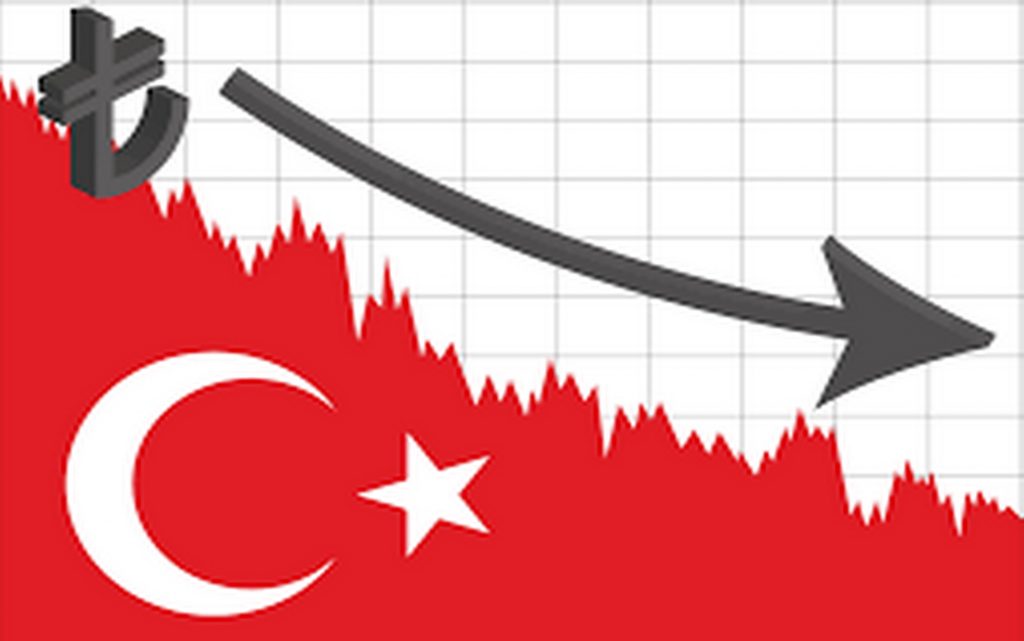 In a report published by the Financial Times newspaper, writers Jonathan Wheatley and Laura Bettel said that Erdogan has fired three central bank governors since mid-2019, and he insists on continuing to reduce interest rates in an attempt to stimulate economic growth and investment, and international institutions, including that the International Monetary Fund, Turkey’s GDP growth of 9% this year – one of the fastest rates in the world.

But with the price of the lira recording a 15% decline last Tuesday, analysts warned that currency fluctuations may severely weaken future growth, and they see that lowering interest rates entails serious risks to the country’s financial and economic system, and in this regard, they pointed to 4 major pressure points.

Turkish banks allow their customers to hold deposits in foreign and local currency, and in recent years, a large number of Turks have chosen to hold their money in dollars and euros with rising inflation and low interest rates, eroding the returns on their savings in lira.

Deposits in foreign currencies constitute 55% of the total deposits in the banking sector, which is approximately $260 billion, compared to 49% in 2018.

Analysts have expressed concern about the possibility of a rise in dollar deposits, which will increase pressure on the lira and create a vicious circle.

Perhaps the main concern is people withdrawing those deposits and losing confidence in the economy, as happened during the last currency crisis in the summer of 2018.

The question now is, “Do you want to keep your money in the Turkish banking sector?” says Phoenix Kalin, an emerging markets strategist at Societe Generale.

The Turks’ rush to banks to withdraw their deposits last occurred in Turkey in 2001, and in such a scenario, the government might choose to impose capital controls, such as taking measures to limit the withdrawal of hard currency deposits, knowing that it has stated on previous occasions that it will not that.

How high will the prices go?

According to the Turkish Statistical Institute, the annual inflation rate was about 20% in October, and food prices have also risen, to the detriment of low-income families in particular.

The authors pointed out that Turkey’s dependence on imported goods, especially fuel and raw materials, means a currency collapse, which quickly translates into a rise in prices, and Jason Tuvey, of the consulting firm “Capital Economics”, expects that “inflation is likely to rise to 25% or 30% over the next month or two”.

High inflation threatens to further collapse the currency and weaken the economy, and the authors caution that the depletion of the country’s foreign exchange reserves limits the central bank’s ability to intervene to prevent the currency’s collapse, as happened during previous periods of the lira’s depreciation, including 2018, when Turkey announced an increase in the value of the lira.

What contributed to stopping the decline in the value of the lira and reducing the rising inflation, but in light of Erdogan’s pursuit of further cuts in interest rates, some analysts are wondering whether this time is different?

Will banks remain in need of foreign funding?

Banks in Turkey largely depended on borrowing from abroad to fund their loans at home, while foreign financing had relatively flourished in periods prior to severe currency pressures, such as in 2018, a sudden change in the position of foreign lenders could stifle the Turkish financial system.

According to an analyst with the “Fitch” credit rating agency, Huseyin Sevink, the banks have large foreign exchange reserves that are sufficient to cover a short market closure for about a year, but he warned that closing the market for a prolonged period may entail significant risks.

Can Ankara pay its debts?

During the currency crisis in 2018, when the lira fell by 18.5% in a single day on the back of strained relations with the United States, investors’ concerns about the economy increased, and one of the biggest concerns was whether debt-laden companies would be able to repay loans denominated in dollars and euros.

After 3 years, the situation of companies improved after they reduced their foreign debt by $74 billion, according to the “Barclays” investment and financial services company.

The supervision of the former Finance Minister Berat Albayrak.

Over the past month, the ratio of external debt to GDP reached 60%, compared to 39% recorded in 2017, meaning that with the depreciation of the currency, it becomes more expensive for the Treasury to bear the debt burden.

Turkey’s public debt-to-GDP ratio remains low compared to other emerging markets, at just 40%, but analysts say the high cost of debt repayment could limit the government’s fiscal scope as it plans to increase grants as elections approach.