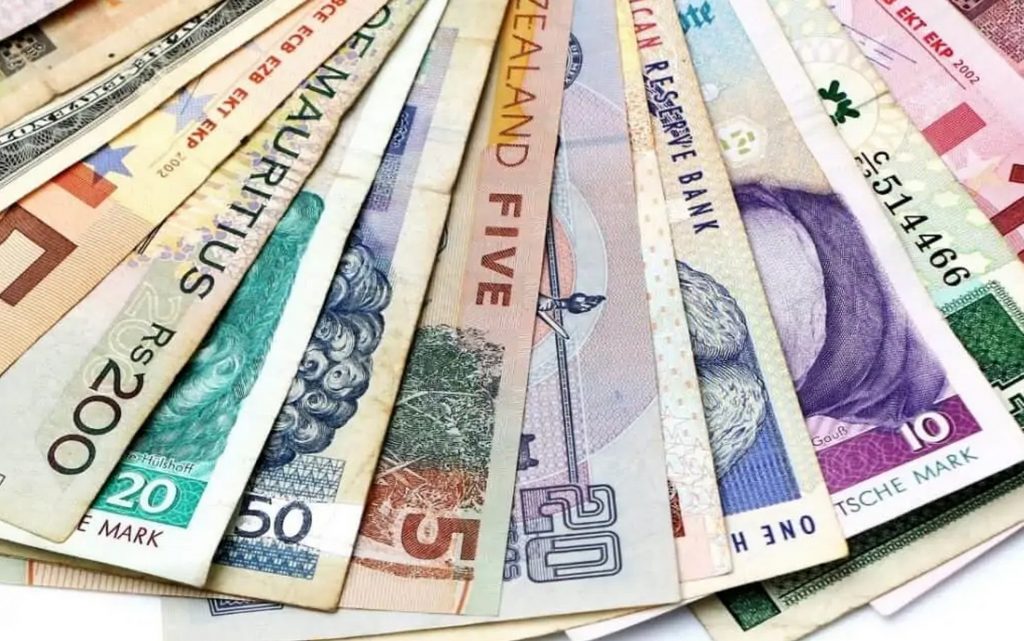 During the last period, we all witnessed the deterioration and devaluation of the price of the lira in Turkey, and due to the large media focus on Turkey as one of the largest economies in the region, people neglected the signs of collapse that are now clearly visible in other developing countries.

Experts believe that the collapse of the Turkish lira doesn’t represent the first case in the global exchange markets during the past period, and it will not be the last.

The collapse of the Turkish currency was preceded by collapses in other Arab and global currencies, led by the Lebanese lira, the Syrian lira, the Yemeni riyal, the Sudanese pound, and finally the Algerian dinar, and before it The Egyptian pound, which collapsed in late 2016, after its flotation, as a condition of the International Monetary Fund to borrow $ 12 billion.

As the world enters a new economic cycle next year, in which bank interest rates, energy prices and inflation rates will rise, international investment banks and financial institutions expect many countries to face economic crises and the increasing risks of the currencies of emerging economies collapsing.

Currencies awaiting a collapse in the coming period:

According to analyzes published by investment banks, many emerging economies’ currencies will face the risks of collapse, especially those issued in countries that depend entirely on the outside in terms of importing food and energy, and have borrowed heavily through dollar bonds since the beginning of the Coronavirus pandemic.

In this regard, the Japanese “Nomura” Bank says that there are four currencies of developing countries that will face a crisis during the coming period, including the Egyptian currency.

According to the bank’s analysis, these currencies are the Egyptian pound, the Romanian Leu and the Mexican peso, whose exchange rate fell this week to its lowest level against the dollar in 8 months, and the Sri Lankan rupee.

According to Nomura Bank, the rise in foreign debt as a percentage of GDP and the decline in the volume of foreign reserves as a percentage of imports will be among the most important determinants of currency strength in the coming year 2022, in which the dollar exchange rate is expected to rise after the interest rate increase on it, and you may live Emerging markets have a dollar liquidity crisis with the high cost of borrowing.

US investor, Mark Mabius, said in comments to CNBC, that “all emerging countries that have high dollar indebtedness, their currencies will face a crisis in the exchange market during the next year”.

Mabius doesn’t rule out that the Turkish lira crisis will extend to other emerging currencies.

Emerging countries are drowning in debt and need dollars more:

The World Bank noted in an analysis dated last September that the debt of emerging and developing economies rose on average by 30% this year.

This means that emerging countries and their companies will need more dollars to service their debts and pay their imported energy bills.

So far, attention is focused on the Turkish lira because of its weight in the global exchange trade, the size of the Turkish economy, Turkey’s influence within the G-20 and its geopolitical impact.

The Turkish lira may be better off next year due to the special arrangements implemented by the Turkish Central Bank through “currency swaps” with several countries, the strength of Turkish exports, and perhaps the return of tourism, which is one of the sources of hard currency in Turkey, in addition to the recent oil, gas and gold discoveries.

According to analysts, the decline in the exchange rate of the lira contributed to the rise in Turkish exports, which are expected to exceed $220 billion this year, and this may contribute in the future to attracting more foreign tourists and investments to the country.

The scenario of the Turkish lira may be repeated with economically weaker countries than Turkey:

According to what people familiar with the Turkish economic reality explain, Turkey’s crisis is represented by the rise in the volume of its short-term debt, especially dollar debt and euro debt, at a time when the United States is moving towards increasing the interest rate on the dollar.

But there are many emerging countries’ currencies that don’t have the support available to the Turkish currency, especially from strong export earnings.

In this regard, analysts believe that the currencies of emerging countries will face three main factors that threaten their stability during the next year, and may lead to political unrest and popular protests.

These factors are, raising the US interest rate, and thus increasing the strength of the dollar, and the second factor, the rise in oil and gas prices, and consequently the increase in the prices of fuels and petroleum derivatives and their repercussions on importing countries, and the third factor is the high rate of inflation and the high prices of goods and foodstuffs, which are all factors that put pressure on market currencies.

Regarding the strength of the dollar, Professor Megan Green believes that “the dollar, contrary to experts’ expectations of its decline during the current year, continued its strength and may rise more in the next year”.

Many of the currencies of the Arab countries have already collapsed in light of the outbreak of the Coronavirus epidemic and the severe shortage of hard currency revenues with high living expense.

The most prominent example of what happened to the Lebanese pound, whose price against the dollar has fallen significantly this year, is an extension of the path of continuous deterioration since last year.

While the exchange rate at the beginning of this year in the parallel market reached about 8,300 pounds for purchase and 8,400 pounds for sale, for every dollar.

The currency has now lost more than 93% of its value since the summer of 2019, when it began separating from the official exchange rate of about 1,515 pounds to the dollar, and 3,900 pounds to holders of dollar deposits in Lebanese banks.

Against the background of the worst humanitarian crisis experienced by the Syrian people, the Syrian pound has fallen sharply, and the exchange rate of the dollar on the black market was no less than 3,500 pounds, despite all the government’s efforts to secure the dollar and rationalize the depletion of hard currency at any cost, which deepened inflation and increased people’s suffering in exchange for stability Relative to the virtual currency value and not to its purchasing power.

Moving to the Swan, the Sudanese pound’s exchange rate witnessed a significant decline, especially after the Central Bank officially liberalized the exchange rate last February and lowered the indicative rate of its currency from 55 pounds to the dollar to 375 pounds in the first days of the decision.

The exchange rate of the dollar against the pound currently in the parallel market is about 440 pounds, while the official price for buying is 436 and selling is 439 pounds to the dollar.

This comes against an exchange rate of about 260 pounds to the dollar in the parallel market at the beginning of this year, compared to 55 pounds in the Central Bank.

The slump extended to the Yemeni riyal, which continued its sharp decline, which it had started since the start of the war about 7 years ago.

Reuters, quoted money changers and dealers in Aden as saying that the exchange rate of the riyal on the black market recorded about 1520 riyals against the dollar for purchase and 1540 riyals for sale, compared to the official price announced by the Central Bank in Aden, which is 1518 riyals to the dollar for purchase and 1521 for sale, while the exchange rate was The dollar at the beginning of this year revolves around 690 riyals.