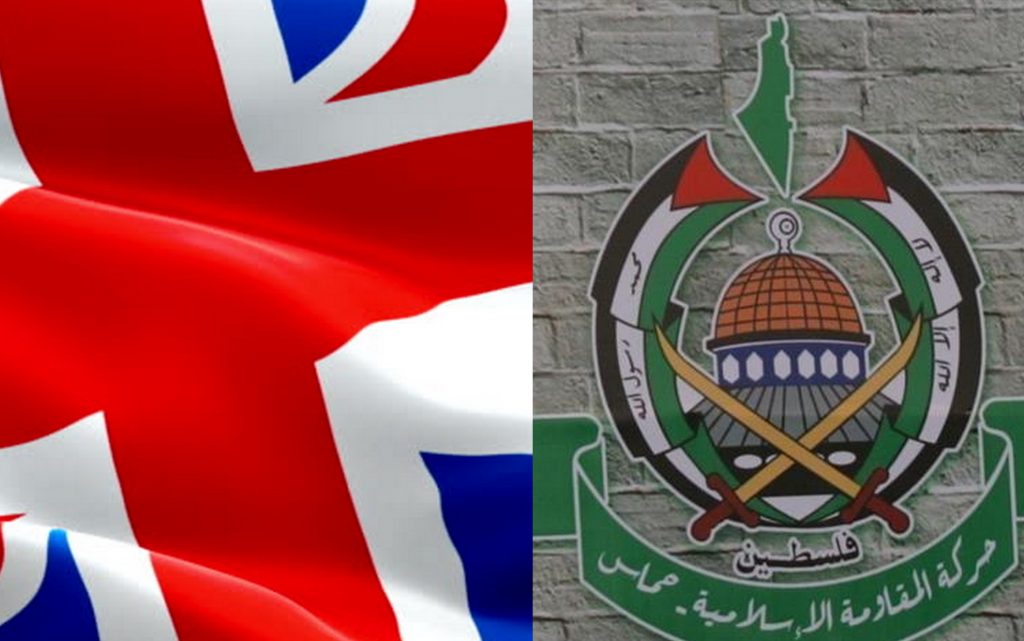 The British Ministry of the Interior announced, on Friday, the designation of the Palestinian Hamas movement, with its political and military wings, as a terrorist organization, against the background of the parliament’s approval of the decision.

In a statement published on its website, the British Home Office said, “The terrorist group Hamas has today become a banned terrorist organization in the entire United Kingdom, after the approval of Parliament”.

On November 19, Britain proceeded to pass a law from Parliament classifying the movement as a whole, with its military and political wings, as a terrorist organization.

“This means that Hamas members or those who call to support the movement could face up to 14 years in prison”.

Britain had previously designated the al Qassam Brigades, the military wing of Hamas, a terrorist organization in 2001.

For its part, Hamas announced, on Friday, that the head of its political bureau, Ismail Haniyeh, directed work to mobilize supportive positions for the Palestinian cause to confront Britain’s decision to ban the movement and consider it a terrorist.

This came in the words of Taher al Nono, media advisor to the head of the Hamas movement, in a televised interview with al Aqsa TV  who is affiliated with Hamas, according to what was published by the movement’s official website.

al Nono said: “Haniyeh gave directives to work on mobilizing the largest possible number of positions in support of the Palestinian cause, especially at the Arab, Islamic and international levels, to confront the recent British decision against the movement”.

He added: “Britain, through its position outside international laws and human rights, renews its support for the Zionist occupation project”.

al Nono pointed out that “the Palestinian resistance, led by Hamas, is recording a state of progress and achievement at the level of international support”.

He continued, “The occupation is witnessing a decline in international support, and that no matter what it does, it cannot hide its crimes from the world or the West”.

al Nono explained that “the British decision cannot change the positions of Hamas, whether towards Jerusalem or any of the constants of the Palestinian cause”.

The Palestinian Foreign Ministry condemned the British decision, considering it an “unjustified attack” on the Palestinian people and “acquiescing to Israeli pressure”.

The decision also condemned several Palestinian factions and organizations, while the United Nations announced, on Friday, the continuation of its dealings with “Hamas” in the Gaza Strip.

Hamas, which was founded in 1987, as an extension of the Muslim Brotherhood in Palestine, describes itself as a “national liberation movement” that seeks to expel the Israeli occupation, and refuses to label it “terrorism.”

In 2006, Hamas won the most seats in the Palestinian parliament, a victory that led to an armed conflict with the “Fatah” movement led by President Mahmoud Abbas, and ended with its control of the Gaza Strip in 2007.

The movement has an armed wing, the Izz al Din al Qassam Brigades, which has previously carried out many military operations against Israel, and fought many battles with it, in response to its aggression against the Palestinian people.