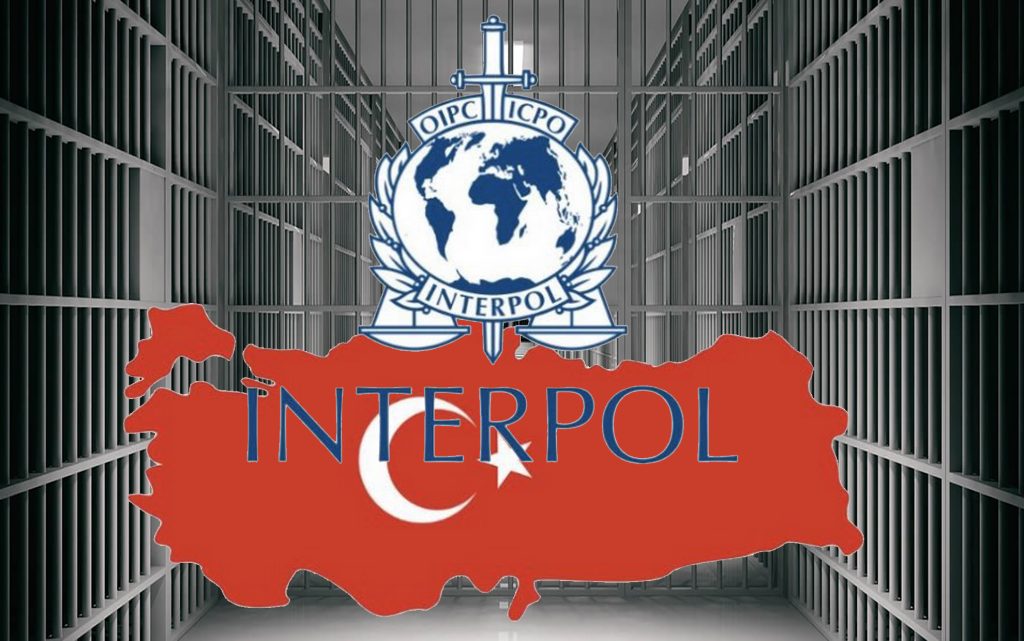 The Times newspaper published an article by writer Roger Boyce in which he talks about what he describes as “the corruption of the International Police (Interpol)” and its use as a pressure card to pursue opponents abroad by some ruling regimes, including the regime of Turkish President Recep Tayyip Erdogan.

Autocrats use the international police network to track down critics, not criminals, Boyce says, noting the lavish hospitality with which Turkish President Recep Tayyip Erdogan met the annual meeting of Interpol officers in Istanbul this week.

But he added that the best gift (Erdogan) could give the officers in the delegation’s present would be to grant them temporary diplomatic immunity, to dissuade civil rights groups from initiating successful legal action against the blood-stained policemen.

He added that the International Police Network, whose objective is to exchange well-intentioned global information between more than 190 countries, has now become a tool in the hands of despots who want to hunt down opponents and critics living abroad, through the “red notice” issued in the names of those who are being pursued.

Russia, China, Venezuela and Tajikistan are among the countries that have made frequent use of Interpol’s tracking network. China uses it against Uyghur dissidents and against Hong Kong residents who believe exile abroad may protect them from strict national security law.

The restrictions that were imposed on the regime of Syrian President Bashar al Assad have also been lifted from 2012, and the Syrian police can send or receive messages via Interpol.

Turkey has filed about 60,000 notices against supporters of the anti-Erdogan cleric Fethullah Gulen abroad.

Erdogan’s regime also targets Kurds and political opponents, and the challenge facing Erdogan and other autocrats is to prevent any significant changes to Interpol, which they believe are working well.

The writer stresses that Interpol is not working, because its constitutional commitment to political neutrality is unenforceable.

It can in no way be supported in the face of the subversive tactics of authoritarian regimes that are doing their best to empower their candidates for key Interpol positions.

Boyce mentions in his article that the main candidate for the presidency of the organization is the prominent legal official in the United Arab Emirates, Major General Ahmed Nasser al Raisi, which has question marks after the detention and torture of a British academic in the Emirates.