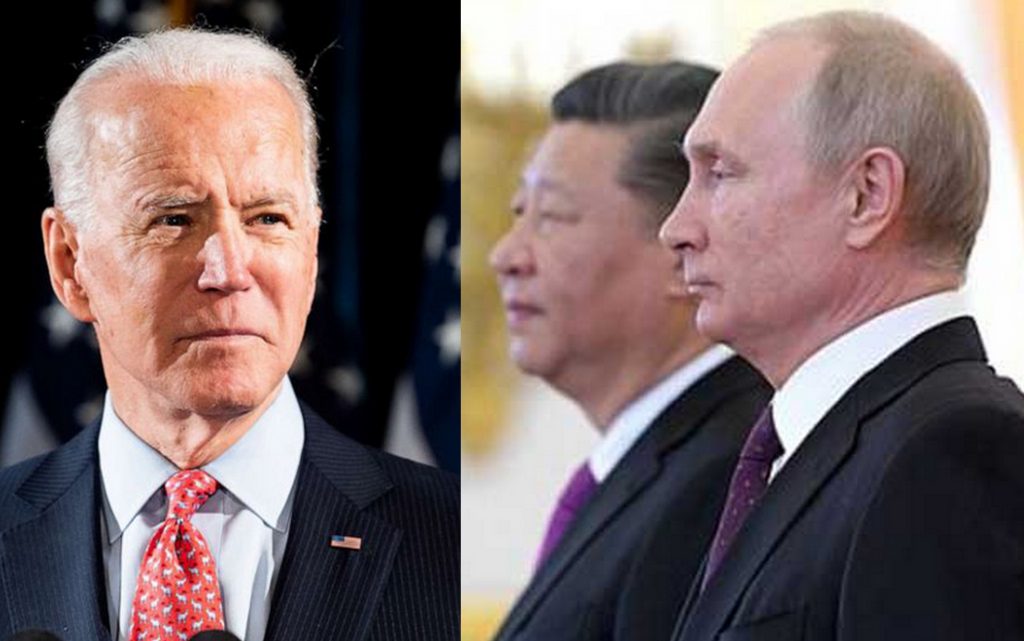 The US President Joe Biden on Wednesday angered Russia and China, who were not invited to a virtual summit on democracy he had called for in December with the participation of about 110 countries and regions.

Kremlin spokesman Dmitry Peskov said at a press conference that “the United States prefers to create new dividing lines, dividing countries between those that are good, in its opinion, and those that are bad”.

Beijing expressed its “strong opposition” to Taiwan’s invitation to the virtual summit.

“Taiwan has no other place in international law than it is an inalienable part of China,” said Chinese Foreign Ministry spokesman Zhao Lijian.

At about the same time, the Taiwan authorities thanked the US president for his decision to invite the island.

Absent from the list of invited countries published on Tuesday are Russia and China, Washington’s main geopolitical enemies.

The United States doesn’t recognize Taiwan as an independent country, but rather considers it a democratic model to be followed in the face of the Asian giant, which considers the island an integral part of its territory and pledges to re-annex it one day and by force if necessary.

In the past weeks, the exchange of criticism between Beijing and Washington has intensified over the fate of Taiwan, which enjoys a democratic system with a government, currency and army.

Since his arrival at the White House in January, the Democratic president has made no secret of his foreign policy being based on a struggle between democracies led by his country and “authoritarian regimes” that are best represented in his eyes by China and Russia.

The Democracy Summit is one of Biden’s electoral campaign promises, and he decided to hold this first version of it virtually on December 9 and 10, due to the Covid-19 pandemic, with the second edition to be held at the end of next year in attendance.