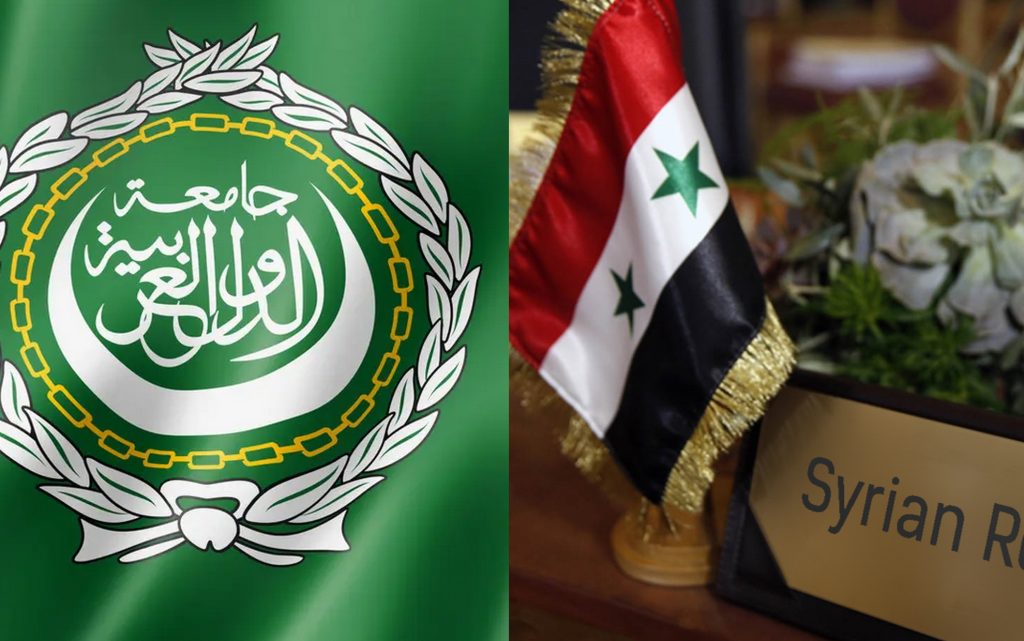 Many Arab countries chose to restore their relations with Syria, and thus supported its return to the League of Arab States after its membership was frozen in 2011.

Recently, the region witnessed an important transformation, which led to the restoration of several Arab countries allies to Washington, relations with Damascus, by reviving economic and diplomatic ties, and these changes reached their climax when the UAE Foreign Minister Abdullah bin Zayed visited Damascus and met Syrian President Bashar al Assad, on November 9, 2021.

The US withdrawal from Afghanistan, with its attendant chaos, reinforced a belief among Arab leaders that they needed to chart their own course.

With the expectation of an approach in which Washington tends to stand on the sidelines, because it is now preoccupied with the challenge posed by China, the priorities of Arab leaders have become motivating their steps, especially how to reform their economy that was crippled by years of conflict and the Covid-19 pandemic.

Despite these developments, many Arab countries still refuse the return of Syria to the Arab League.

Countries that support the return of Syria

Algeria: On November 10, Algerian Foreign Minister Ramtane Lamamra said that “it is time for Syria to return to the Arab League, but without interfering in its internal affairs”.

He added to Lamamra that his country, which will host the upcoming Arab League summit, is looking for Arab consensus.

To ensure Syria’s return to the League, he expressed his country’s welcome to the visit of the UAE Foreign Minister to Damascus and his meeting with Syrian President Bashar al Assad.

It should be noted that the Algerian position regarding Syria’s membership in the Arab League is not new.

It was the only country with Iraq that had reservations about the decision to freeze membership, and it didn’t close its embassy in Damascus during the years of the crisis there.

Iraq: Since the beginning of the crisis, Iraq has supported the need for Damascus to return to the Arab League.

Last September, the Iraqi Foreign Minister, Fouad Hussein, confirmed that his country was working for Syria’s return to occupy its seat in the Arab League.

Egypt: Egypt has previously confirmed that it does not have any conditions for Syria’s return to the Arab League, according to previous statements by Foreign Minister Sameh Shoukry.

Last March, Shoukry said that “Syria’s return to the Arab incubator is vital in order to preserve Arab national security”.

Lebanon: Beirut is one of the most prominent supporters of Syria’s return to the Arab League, and it was among those who refused to freeze its membership in it more than once.

UAE: Abu Dhabi reopened its embassy in Damascus in 2018, and in 2020, Abu Dhabi Crown Prince Mohammed bin Zayed called for the first time to Syrian President Bashar al Assad and stressed “the need for his country to stand by Damascus in its ordeal”.

In November 2021, UAE Foreign Minister Abdullah bin Zayed visited Damascus, met with Assad, and stressed “the UAE’s support for stabilization efforts in Syria”, considering that what happened there “affected all Arab countries”.

Bahrain: In December 2018, Manama announced the continuation of the work of its embassy in Damascus, and the continuation of mutual flights between the two parties, stressing on more than one occasion that the decision to return Syria to the League of Nations “must be taken at the university at the highest level”.

Mauritania: For the first time since 2011, Nouakchott appointed its ambassador to Damascus in 2020, without expressing a clear position on Syria’s return to the Arab League.

Sultanate of Oman: The Sultanate was one of the Arab and Gulf countries that was the first to restore relations with Syria, as it returned, on October 4, 2020, its ambassador to Damascus.

Muscat maintained its relationship with Damascus, and kept its embassy open in Damascus, despite the reduction of its diplomatic representation in 2012.

Bin Farhan added in an interview with CNBC, that his country supports the political process in Geneva sponsored by the United Nations between the authority and the opposition.

These statements came in light of media reports that, last May, Riyadh reopened direct channels with Damascus, with the visit of the head of the Saudi intelligence service, Khaled al Humaidan, to Damascus and his meeting with President Assad, without Saudi confirmation or denial.

Al Thani stressed at the time, “Syria’s territorial integrity and consensus to reject a military solution to the crisis”.

In November 2021, the Qatari minister expressed his hope that other countries would refrain from taking further steps to rapprochement with Syria, while questions were raised about the names of other countries that might follow the example of Doha, which has supported and continues to support armed militias for nearly a decade.

Arab countries have not announced their positions

So far, Morocco, Libya, Sudan, Djibouti, Yemen, Comoros, Kuwait, Palestine and Somalia haven’t announced a clear position on Damascus or its return to the Arab League.

However, in Tunisia, there is a great movement to restore relations with Damascus.