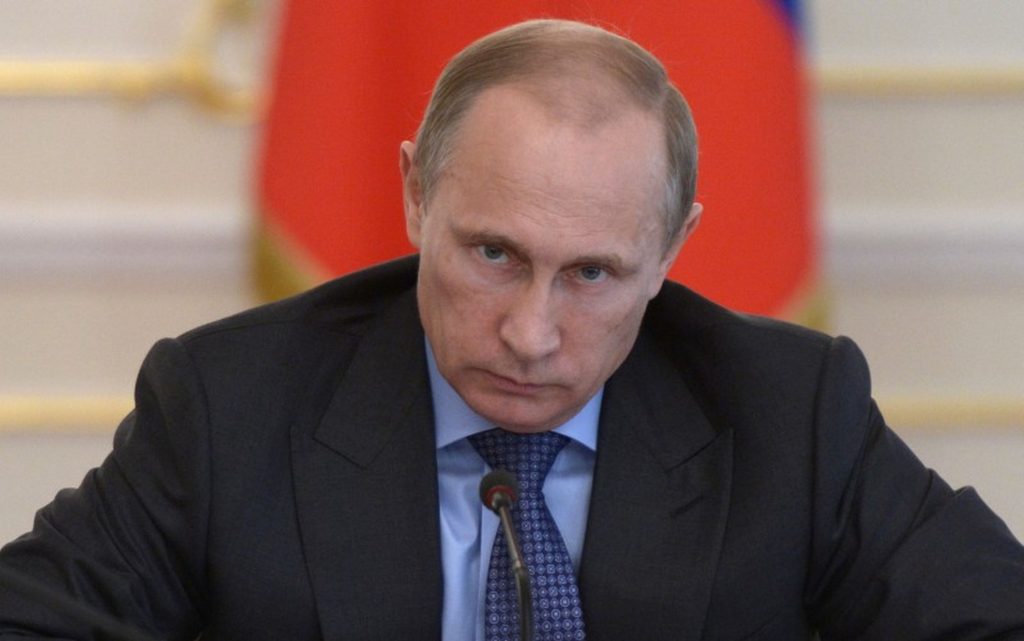 Amid threats of a possible severing of relations between the two countries, the Kremlin denounced, Friday, November 19, 2021, a decision proposed by two US lawmakers not to recognize Vladimir Putin as Russia’s president if he remains in power beyond 2024, describing it as a “ridiculous” decision and interference in Russian affairs.

While the proposed US resolution says that the Russian amendments that allow this are illegal, and that any attempt by Putin to remain in office after May 2024, “will result in non-recognition by the United States”, according to a statement on Congressman Steve Cohen’s website, he’s one of the lawmakers involved.

For his part, Kremlin spokesman Dmitry Peskov said: “Every time we think that nothing more ridiculous, no more hostile, no less friendly and positive can come from that side of the ocean, and every time we are unfortunately wrong”.

Peskov added: “This is an eloquent statement, not only for Russia, but for all countries of the world, which makes it clear that the United States is officially interfering in the internal affairs of other countries”, stressing that the choice of the Russian president is a matter for the people, and he expected a response from Russian lawmakers.

In turn, the deputy head of the International Relations Committee of the Russian Federation Council, Vladimir Gabarov, threatened to cut ties between his country and the US if Congress adopts a resolution not to recognize the 2024 elections.

In a statement to the Russian Sputnik news agency, Gabarov said: “I believe that this document won’t pass.

But if the resolution is adopted, it will lead to the severance of relations between Russia and the United States”.

Konstantin Kosachev, Deputy Chairman of the House of Councilors, the upper chamber of the Russian parliament, stressed that the decision “is a provocation aimed at spoiling the nascent normalization in bilateral relations”, adding: “This time the Americans started interfering in the presidential elections somewhat early”.

It is noteworthy that Putin had described, on Thursday, Russian-American relations as “unsatisfactory”, and said he was ready for dialogue.

The Kremlin has raised the possibility of a second summit between Putin and US President Joe Biden.

It is worth noting that Putin, 69, has been in power either as president or prime minister since the beginning of this century, and he hasn’t yet said that he intends to run again in 2024.

Last month, the Russian president announced that he had made no decision about his possible candidacy for the presidency in 2024.

“Yes, the constitution allows me to run for a new term, but no decisions have been taken in this regard”, Putin said, in a statement to CNBC.