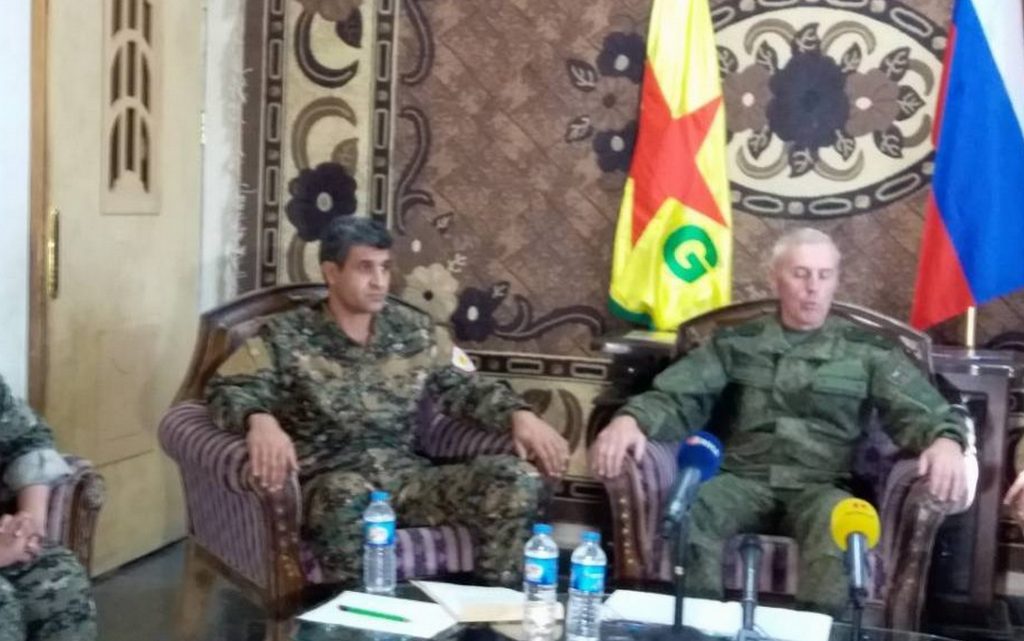 The Syria Democratic Forces rejected a Russian offer to enter Syrian soldiers into the city of Ain al Arab (Kobani), coinciding with confirming its readiness to fight in the event that Turkey launched any military operation in the region.

On Thursday, Kurdish local Hawar News Agency, which is close to the Autonomous Administration, published a meeting with a military leader of the SDF on the front of the town of Ain Issa, north of Raqqa.

The military commander, Ardal Kobani, said, “Turkey is trying to provoke the SDF fighters stationed on the front lines, to legitimize its attack, because there are many obstacles in front of it.

It wants our fighters to start the attack, to make it an excuse to attack”.

“Let everyone know that if the Turkish state launches any attack on this land, we will defend our land,” he added, speaking of continuing military readiness, training fighters and adopting new strategies.

This coincided with the announcement of the head of the executive body of the “Syria Democratic Council (SDF), Ilham Ahmed, rejecting a Russian offer to bring soldiers from the government forces to the city of Ain al Arab (Kobani).

Ahmed’s speech came in a panel discussion organized by SDF (which is considered the political branch of the SDF) in the city of Raqqa, attended by council officials and civil activists.

She said, “officials in northeastern Syria rejected a Russian proposal to bring in 3,000 soldiers of the Syrian army to the city of Kobani (Ain al Arab)”.

She explained that the reason for the refusal was to prevent the Daraa scenario in Ain al Arab.