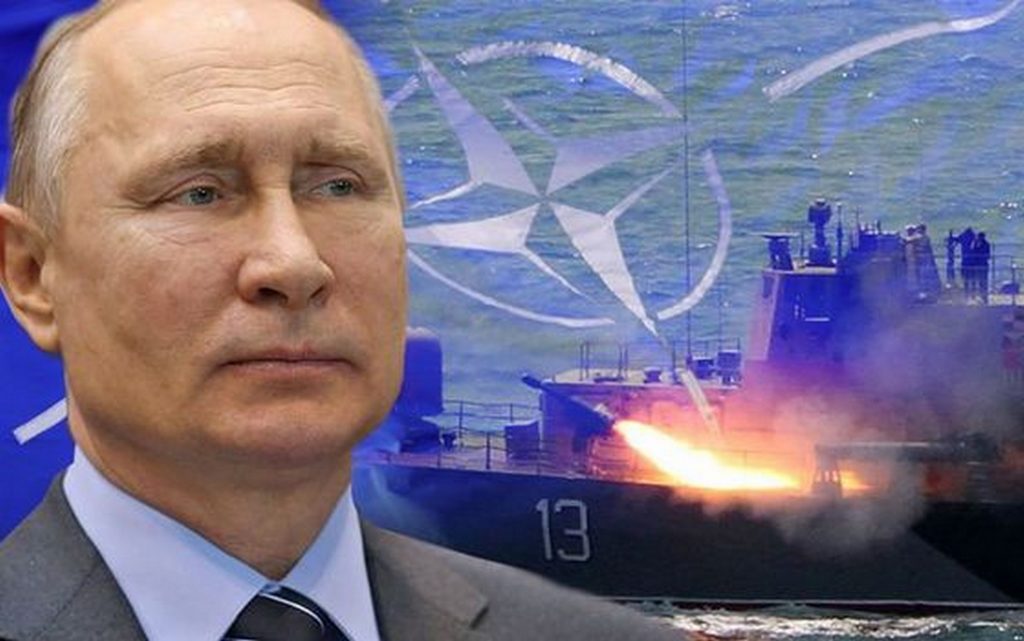 Russian President Vladimir Putin said that the North Atlantic Treaty Organization “NATO” should provide security guarantees to Moscow, noting that the strategic bombers of the alliance countries are flying at a distance of 20 km from his country’s borders, “beyond the red line”.

This came as the Russian President commented Thursday on NATO’s military exercises in the Black Sea, during a speech he delivered Thursday, during an expanded meeting held at the headquarters of the Russian Foreign Ministry.

Putin stated that “his country constantly informs the West of its concerns in this regard, and talks about its own red lines, but its Western partners deal with these warnings superficially,” according to the “Russia Today” website.

And he added, “The recent Russian warnings are bearing fruit, and have left a state of anxiety in the West”.

He continued, “There are two points, the first is that their condition must continue for as long as possible, so that they don’t think of fueling a conflict we don’t need at our western borders, and the second is that the issue of NATO providing concrete and long-term security guarantees to Russia must be raised”.

In a previous television interview, Putin said that these maneuvers come at a time when Western media are publishing multiple allegations of Russia’s intention to “militarily invade Ukraine,” stressing the invalidity of these allegations.

These developments come in light of Russia’s continuing military buildup near its border with Ukraine, according to the Ukrainian Defense Ministry.

On November 13, the Pentagon called on Moscow to be transparent with the international community about its actions and intentions in the region.