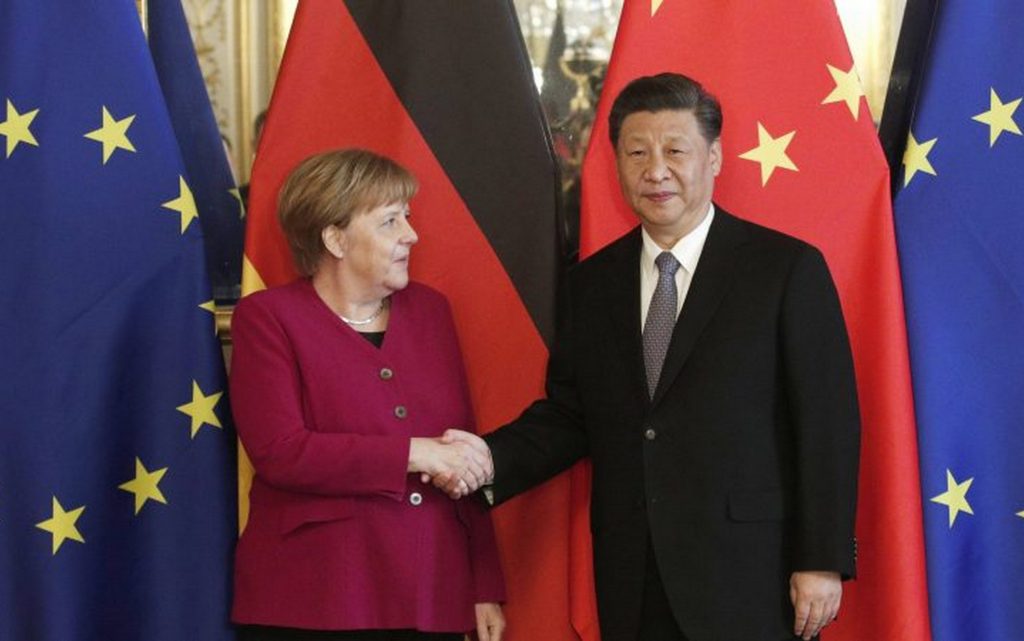 German Chancellor Angela Merkel has said it is devastating for Europe to cut all contact with China, amid the recent heightened tensions.

“Maybe at first we were too naive in our approach to some cooperation partnerships,” Merkel added, in an interview, on Wednesday.

“These days we are looking closely, and rightly so”.

Merkel noted that Germany, and the European Union in general, should continue to cooperate with China, and they can learn from each other”.

A complete separation would not be correct in my view, it would be harmful to us,” she said.

China has been Germany’s number one trading partner during Merkel’s 16 years in office, despite concerns in Europe about unfair competition and industrial espionage.

China became Germany’s largest trading partner in 2016, and its rapid economic expansion fueled German growth throughout Merkel’s tenure, but some critics say Germany is now too dependent on China and has become too lenient with Beijing on embarrassing issues, such as human rights abuses.

In this regard, Angela Merkel made it clear that the German government always addresses human rights issues in its official visits to Beijing (there are at least 12), and has also sought to diversify trade in Asia.

Merkel said Germany was in ongoing discussions with Beijing on intellectual property, patent protection, and “regarding both Chinese students in Germany and German companies operating in China”.