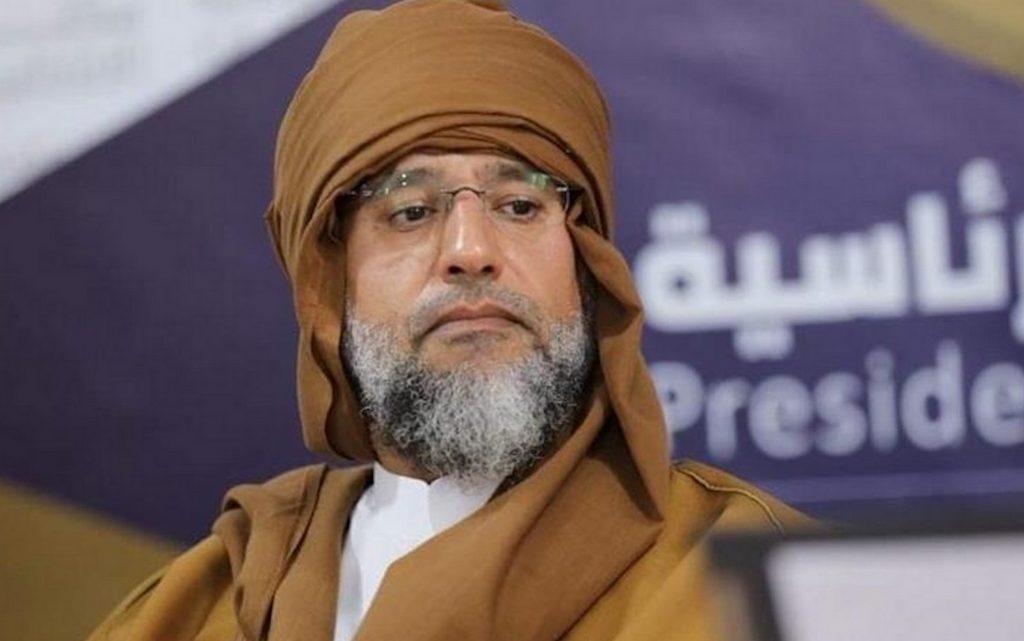 Gardner wrote, “In the nineties of the last century, American and European officials were embarking on a policy of raising the children of local tyrants”.

“But a lot of people have invested a lot of time in Saif al Islam Gaddafi, believing that he will open the oil-rich North African country from the nightmarish police state created by his father, who plundered the entrails of Libyan institutional life under the artificial Jamahiriya,” Gardner said.

“Saif al Islam has attracted a lot of optimistic views.

He was increasingly honored in Western and Arab capitals as a reformer, and was hailed in the high society of London.

In 2008 he received a Ph.D. from the London School of Economics titled ‘The Role of Civil Society in the Democratization of Institutions of Global Governance’, parts of which were later claimed by critics to have been stolen or composed by someone else.

Gardner adds, “The mask of Saif al Islam Gaddafi fell at the beginning of the 2011 rebellion against his father, a chapter in a series of regional unrest that was then known as the Arab Spring.

He threatened his countrymen with “rivers of blood”, and promised “to fight to the last man, the last woman, and the last bullet”.

Gardner notes, “Since then, he was convicted of war crimes and sentenced to death in Tripoli in 2015 and is still being pursued for the same reason by the International Criminal Court in The Hague.

After being held by militiamen in Zintan in the western mountains, he appears to be back in the game, but what is the game”?

After the West withdrew from post-Qaddafi Libya and left tribal paramilitaries and jihadists to fill the vacuum, powerful external actors entered the fray, while Egypt, the Gulf, and France backed Khalifa Haftar, the renegade Gaddafi leader and warlords, whose attempt to retake the entire country failed.

French President Emmanuel Macron, who regards North Africa and Syria as the main location for Europe’s migration nightmares, seems inclined to back strongmen as a bulwark.

Arab leaders rebuild the walls with Assad, who spilled the blood the Gaddafis promised to shed.

“The December elections, if they happen, are unlikely to unite Libya.

It would also be impossible to re-establish his father’s regime.

One of the veterans in the region says that little Gaddafi is a “charlatan”, whose real role is to “pave the way for Haftar”.

This doesn’t appear to be his plan, as Gardner concluded his article.