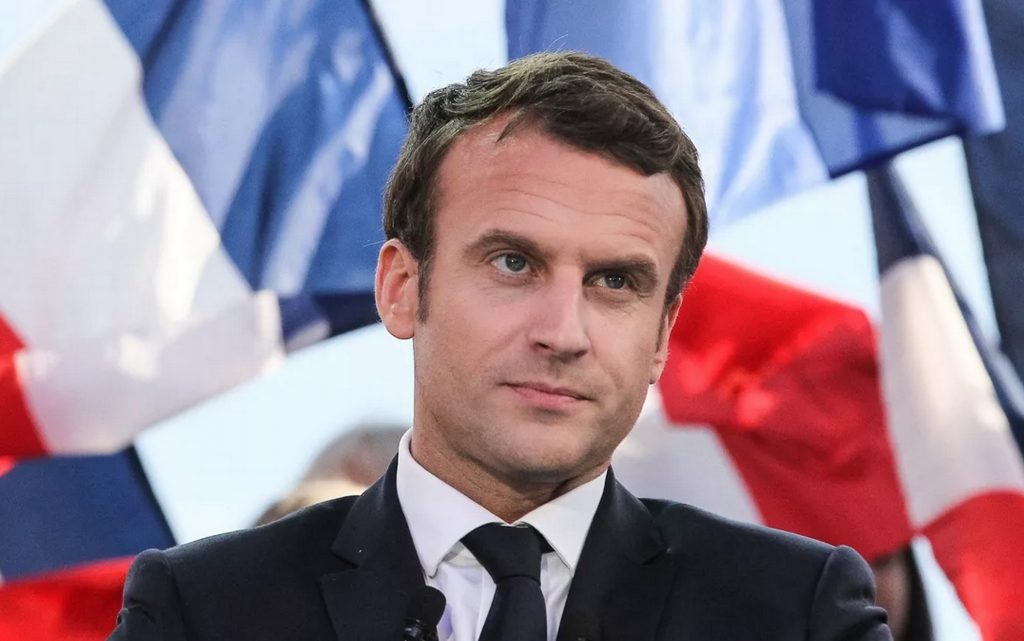 The Telegraph published a report by its correspondent in Paris, Rebecca Rossmann, entitled: “Macron changed the color of the French flag to revive the revolution”.

Rossmann says French President Emmanuel Macron has quietly changed the color of the French flag and his administration has used a dark blue one for more than a year now, a reference to the original colors used in the years after the revolution.

“There are aesthetic reasons, this blue is more elegant, but the decision was also very political, and its goal was to revive the symbol of the French Revolution,” a staff member in Macron’s administration told France 1 and CNews, who revealed the matter.

Although no official announcement was made for the change, the Elysee Palace confirmed to the signatories that the decision to change the color was made on July 13, 2020 on the advice of Arnaud Jules, Director of Operations for Macron’s team, and Bruno Roger-Petit, Macron’s advisor on historical issues.

While the French Navy has always used this version of the flag, the blue in it was lightened in 1976 by then-President, Valéry Giscard d’Estaing, to match the color of the European Union flag.

The Telegraph reporter indicated that it is not strange for Macron to use historical symbolism to convey a political message.

An analysis by the local newspaper Liberation of his official presidential photo indicates that his image is full of potential hidden meanings behind a number of objects neatly displayed on his desk such as the exact time on his watch (8:20 p.m., confirming the president is working late), as well as a paperweight.

In the form of a rooster, one of the national symbols of France.

She adds that Macron’s gesture to the French Revolution comes as he prepares for an arduous campaign for re-election.

Macron, 43, a self-described centrist, is currently leading in the opinion polls, but he is facing a growing challenge from the controversial far-right Eric Zemmour.

Zemmour, a writer and television commentator, hasn’t even officially announced his candidacy, but he already has in opinion polls 17 % of the vote in the first round of elections next spring, compared to 25 % for Macron.