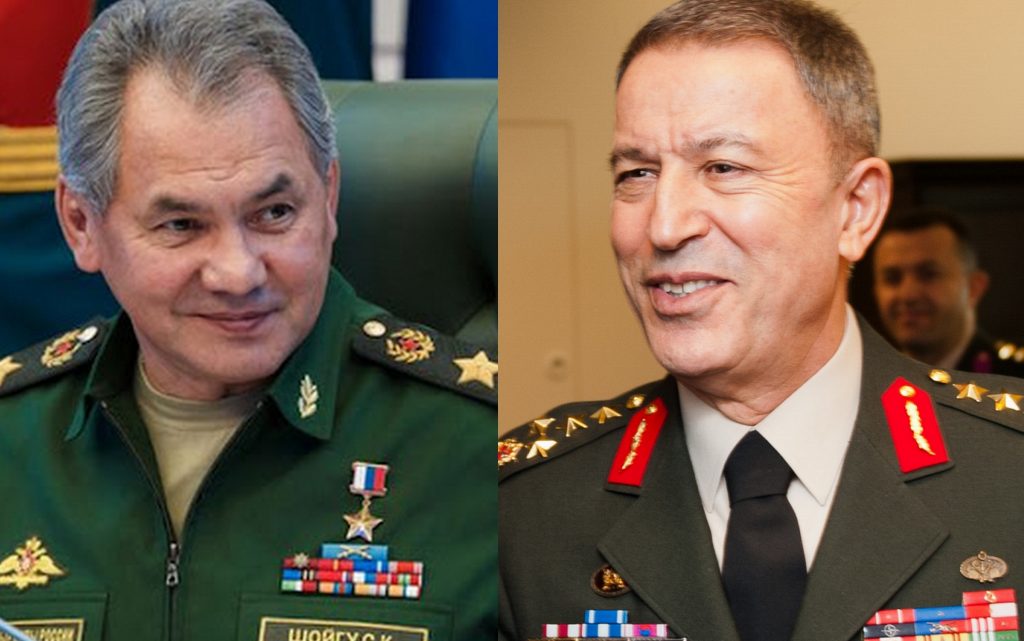 The Turkish Ministry of Defense stated, in a brief statement, that the two ministers had a telephone conversation, where they “exchanged views on bilateral and regional issues related to the defense and security fields, especially the recent developments in Syria”.

On November 1, Turkish President Recep Tayyip Erdogan confirmed that his country is ready to launch a new military operation in Syria against the Kurdish People’s Protection Units (YPG), which Ankara considers a terrorist organization, indicating that this decision will be taken if necessary and won’t be reversed.

A source in the Syrian opposition told Russian “Novosti” news agency that the Turkish army informed the allied Syrian armed factions of the readiness to launch a military operation against the Syria Democratic Forces.