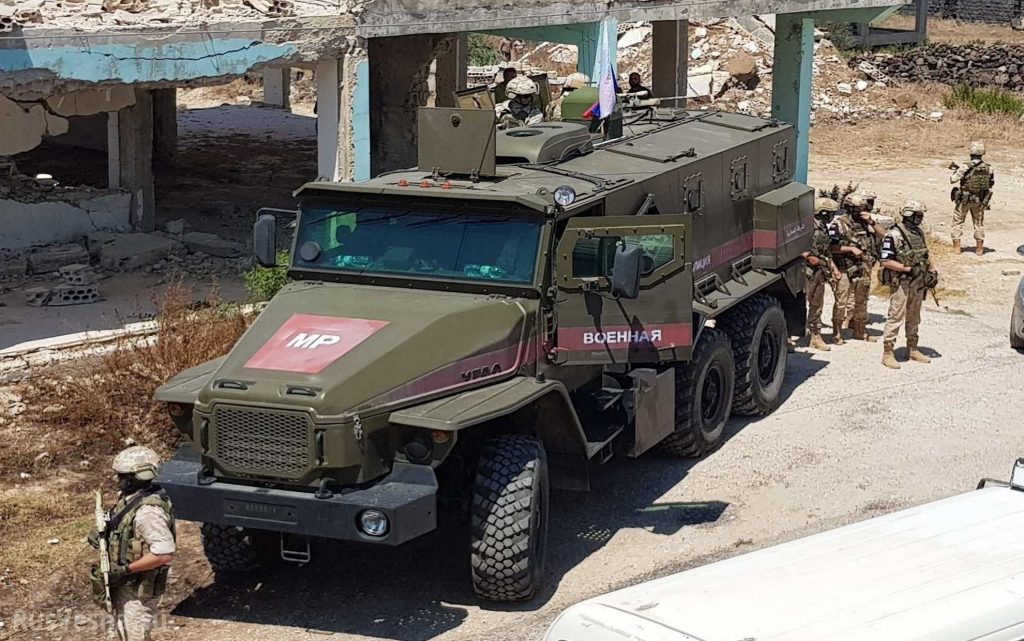 The People of the town of al Qurayya in the countryside of Al Suwayda, southern Syria, expelled a joint patrol of the Russian forces and the Syrian Military Intelligence, rejecting any Russian or foreign role in the province.

According to what was reported, a civil group intercepted two patrols of the Russian forces and the Military Security, in the square of the municipality of al Qurayya, and asked its members to leave the town immediately, and “while the military security forces tried to refuse, the young men of the village attacked them severely, and forced them to withdraw from the village and leave it with the Russian patrol, outside the town”.

The joint patrol arrived in the town, after the western lands witnessed, on Friday, an attack by armed men stationed between Bosra al Sham and al Qurayya, against farmers while harvesting the olive crop.

According to Nour Radwan, “the gunmen who attacked the farmers belonged to clans that lived on the outskirts of the town of al Qurayya, and they were displaced after bloody clashes in the area last year.

The spokesman quoted one of the citizens who participated in the expulsion of the joint patrols, saying: “We reject any foreign role, whether it is Russia, Iran or others.