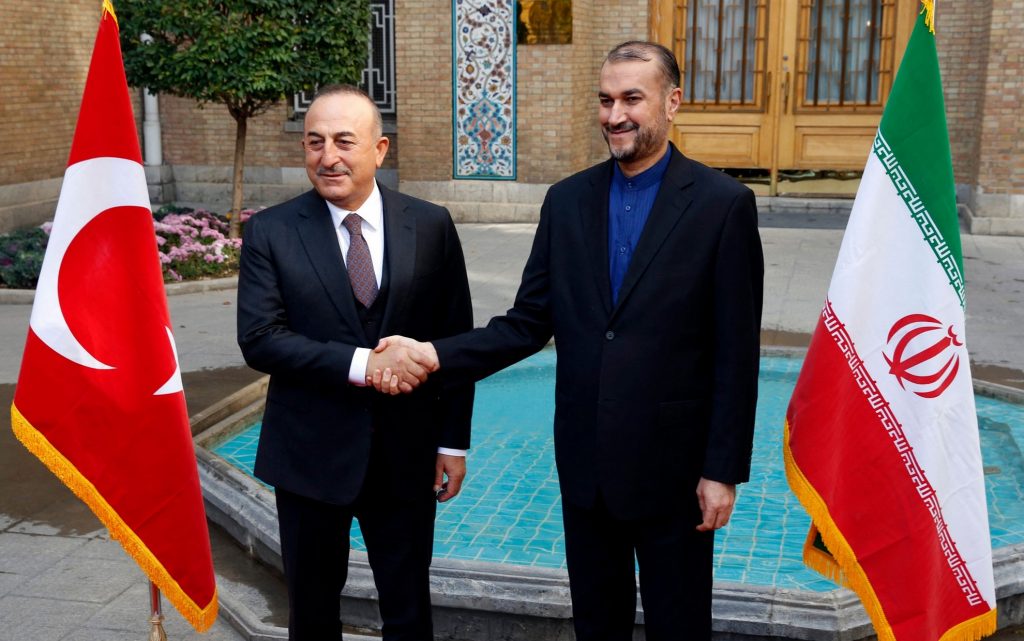 Iranian Foreign Minister Hossein Amir Abdollahian, after meeting his Turkish counterpart Mevlut Cavusoglu in Tehran, expressed his hope that the next visit of the Turkish President to Iran will result in the signing of a roadmap for cooperation between the two countries.

Amir Abdollahian said on Monday, in a joint press conference with Mevlut Cavusoglu, who is currently visiting Iran, that in today’s meeting, we agreed to develop a new roadmap for long-term cooperation between Tehran and Ankara and to start diplomatic talks in this regard, according to the Iranian news agency (IRNA).

Amir Abdollahian expressed his hope that Turkish President Recep Tayyip Erdogan’s visit to Tehran will contribute to deciding a roadmap for long-term cooperation between the two countries.

Amir Abdullahian said: “During the meeting, we discussed joint investment between Iran and Turkey, developing economic relations and consular issues, removing trade obstacles between the two parties and facilitating trade and transit movement between the two countries”.

He added, “We discussed developments in Afghanistan, and we agreed to enhance stability in West Asia”.

On the latest developments in Lebanon, the Foreign Minister said: “We’re following the Lebanese issue with concern, especially the behavior of some Arab embassies in this country,” stressing that “we’ll continue the policy of supporting Lebanon”.

Regarding the Yemeni issue, Amir Abdullahian said: “We hope that the bloody war in Yemen will stop and the siege will end as soon as possible”.

In turn, the Turkish Foreign Minister said, “We made this visit to determine all the files related to the summit with Iran, and we seek to have the date of the Iranian-Turkish summit at the end of this year”.

He stressed, “We’re coordinating with Iran on Afghanistan and Syria, and we can also cooperate on Iraq”.

Cavusoglu added that Turkey always stands by the Iranian government and people and is ready to provide services to Tehran, saying: “Iran and Turkey should strengthen their economic relations, especially in trade exchanges”.

The Turkish Foreign Minister stressed that whoever withdrew from the nuclear agreement must return to the agreement and lift sanctions against the Iranian people.