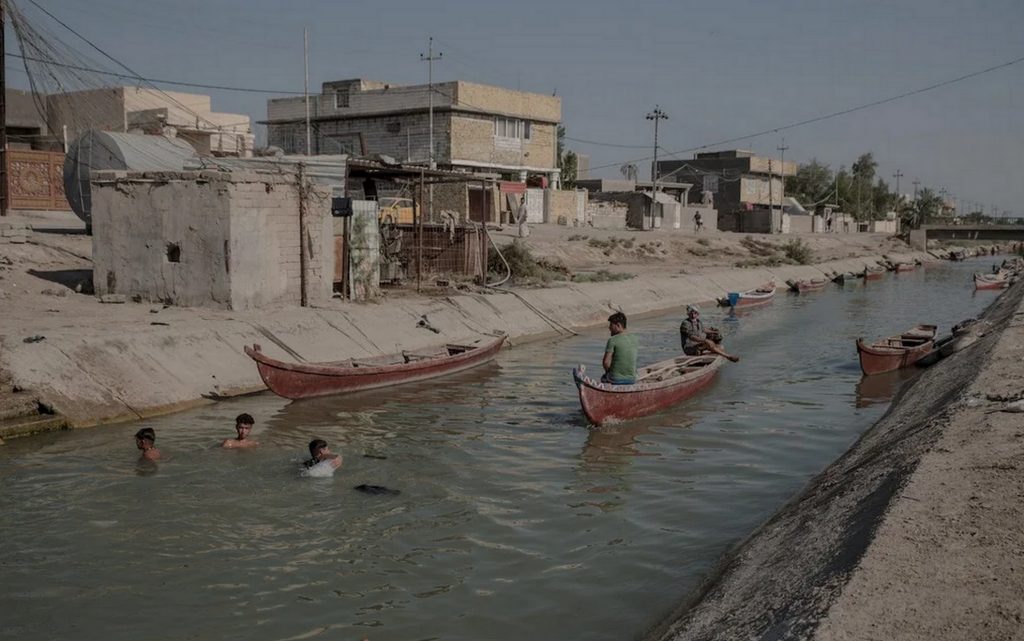 The British newspaper, The Times, published an article by its Middle East correspondent, Richard Spencer, entitled: “Water Wars in the Cradle of Civilization: The Next Syrian Tragedy”.

Now, Spencer says, the Khabur River, which connects to the Euphrates, was so overflowing that it served as an impenetrable front line in the war between the Islamic State and the Kurds and Christians.

He adds that residents who fled during the war are no longer cultivating the land and that the desert is spreading as a devastating drought spreads across Syria.

The Times reporter considers that there are many reasons for this new disaster, but a report published by the Dutch peace organization, this week, confirmed the claims of the remaining residents that the river dried up after Turkish-backed forces blocked its flow two years ago.

The writer stresses that the local conflict is only one of the reasons for the drying up of the waters of the Khabur, one of the tributaries of the Euphrates River, across Iraq and Syria, that is, “in the land formerly known as Mesopotamia, the cradle of civilization”.

The once fertile plains of the Euphrates, Tigris and tributaries, says Spencer, have been devastated by a combination of war, climate change and poor environmental policies.

“We failed to plant any wheat this year,” Jassem Muhammad, a farmer from Deir al Zour told The Times.

This is a disaster.

No wheat, no bread”.

He added: “It is getting worse every day.

If you come here, you’ll see children sleeping near the bakeries so that they can queue in the early morning, because bread is very scarce”.

The author quoted a report issued by a coalition of aid agencies in August as saying that five million people in Syria and seven million in Iraq are losing access to water.

Wheat production is collapsing in both countries.

The agencies warned, according to Spencer, that the flight of farmers from the land would eventually lead to a new refugee crisis, as residents search for opportunities to live elsewhere, becoming “living examples of migration caused by climate change”.

“With hundreds of thousands of Iraqis continuing to be displaced and many still in Syria fleeing for their lives, the unfolding water crisis will become an unprecedented catastrophe that will drive further displacement”, Carsten Hansen, regional director of the Norwegian Refugee Council, told The Times.

The writer quoted the relief organization Mercy Corps, as saying that the lack of clean drinking water in Syria caused tens of thousands of cases of acute diarrhea this summer.

Seven drowning deaths were also recorded among those who fell into irrigation canals while trying to find water.