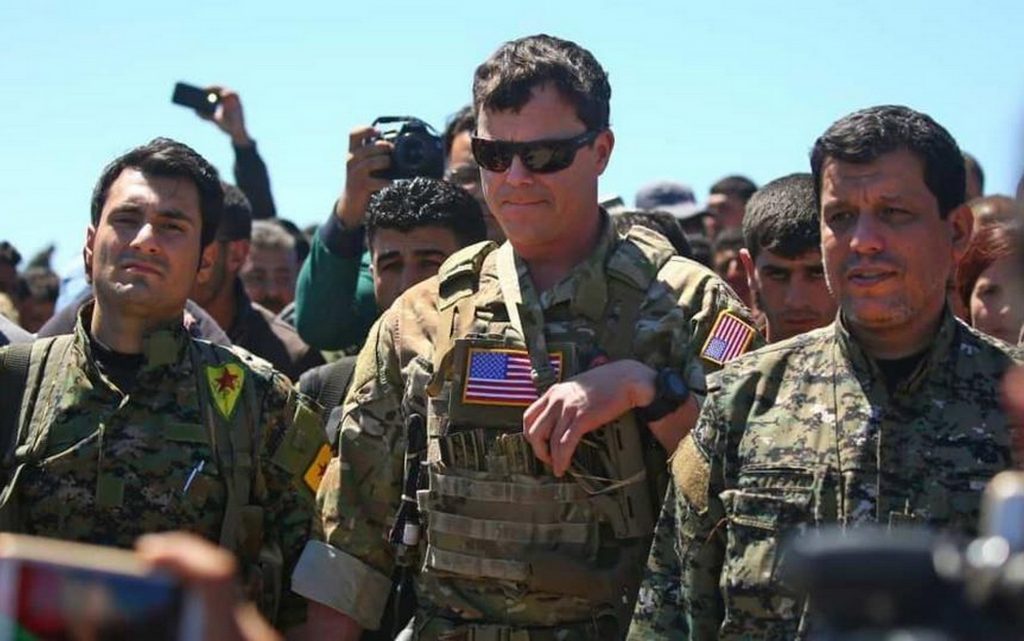 “The United States’ partnership with the Syria Democratic Forces (SDF) is limited only to combating ISIS”, Pentagon spokesman John Kirby said on Wednesday.

This came in response to a question posed by the Turkish Anadolu news agency correspondent during the daily press conference, about the claim of Farhad Abdi Shaheen, the leader of the YPG/PKK terrorist organization that calls himself the Syria Democratic Forces, during an interview he gave to the “Al Monitor” website.

Al Monitor reported that Washington gave them guarantees against a possible Turkish operation in Syria.

Kirby indicated that for the first time he heard about this interview, stressing that he did not know about it.

He explained that their partnership with the “SDF” is limited only to combating the “ISIS” organization, noting that this partnership continues because this threat is still continuing.

The Anadolu reporter asked Kirby another question, in which he said: “In the same interview, Farhad Abdi Shahin confirmed that they were inspired by the ideology of the PKK leader Abdullah Ocalan in managing the area under their control, how can senior US military officials shake hands with a man who says he is inspired by an organized ideology?

Is this not a problem for the ministry at all?”

In response to the question, Kirby stated that he couldn’t comment on an interview he had not seen.