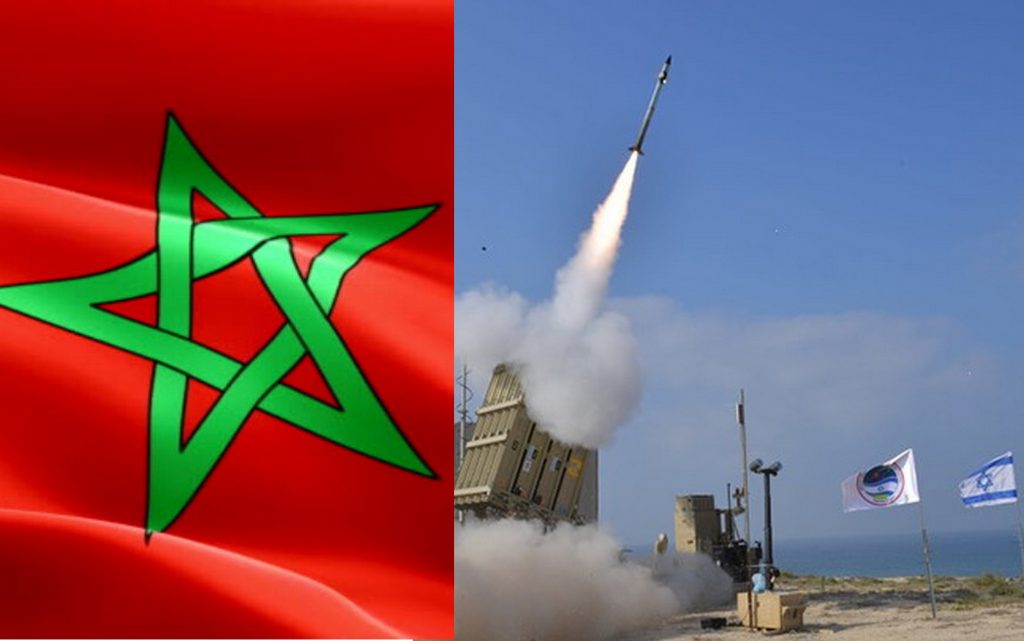 Press reports from Morocco said that Morocco is considering acquiring the Iron Dome from Israel, however no date was set for the deal, and Israel helps Morocco achieve a military balance with Algeria.

There has been military coordination between Morocco and Israel since the resumption of diplomatic relations last December.

Three months ago, the two countries revealed coordination in the cyber war, and the two armies signed an agreement on combating cyber piracy and protecting Moroccan data.

Israel has a great reputation in the field of cyber warfare, and the international media reported that Morocco had acquired the Pegasus program for civil and military espionage.

Military cooperation is known to develop from one field to another.

Morocco wants to acquire the Iron Dome, which was manufactured by Israel, and Morocco’s interest in the Iron Dome was due to its ability to intercept small missiles and drones.

Morocco has anti-aircraft and anti-missile systems, but it lacks a system to intercept small missiles, and Iron Dome systems may suit it.

Morocco may use Iron Dome to protect its facilities on the border with Algeria and to intercept Polisario missiles in Western Sahara.

The Rafael company manufactures the Iron Dome, and does not object to selling it to Morocco.

Israel uses the Iron Dome to intercept the rockets launched by Palestinian groups in Gaza.

The Spanish newspaper “El Pais” published an article about Spain’s situation in light of the crisis between Algeria and Morocco, and after it listed the challenges that Spain faces in finding a balance in its relations with Morocco and Algeria, “El Pais” addressed the issue of the balance of power between the two countries.

The Spanish newspaper talked about the assistance that Israel provided to Morocco to adjust the military balance of power and reduce the Algerian superiority.

And Morocco’s delivery of advanced equipment from Israel worked to reduce the gap with Algeria and act as a deterrent force that prevents Algeria from launching any attack.

Relations between Algeria and Morocco are going through a severe crisis that threatens to erupt an armed conflict.

Algeria had threatened Morocco with punishment after accusing it of killing three Algerian nationals in Western Sahara with drones.