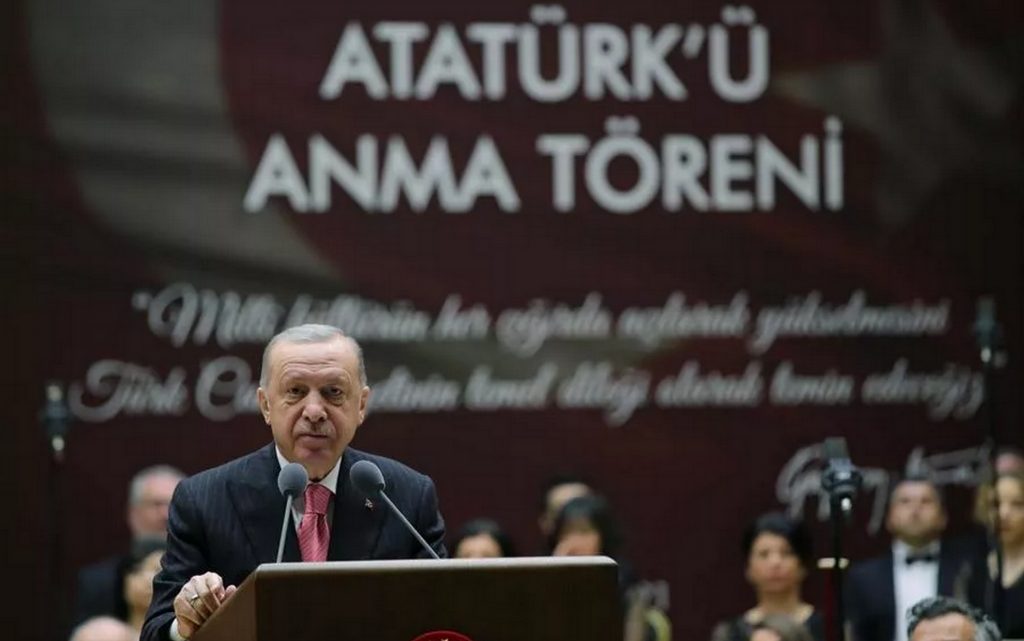 Turkish President Recep Tayyip Erdogan said that his government is striving to make Turkey a word among the world’s leading countries through solid infrastructure in the political and economic fields.

This came in a speech he delivered on Wednesday during a ceremony commemorating the 83rd anniversary of the death of the founder of the republic, Mustafa Kemal Ataturk, at the Presidential Symphony Orchestra Hall, in the Turkish capital, Ankara.

Erdogan stressed that commemorating the death of the founder of the republic “is important, but the most important thing is to understand Ataturk by tracing the traces of his struggle and correctly identifying the reasons behind it”.

He added, “Our goal is to raise our country to a level worthy of the legacy of our ancestors and in line with the dreams of our nation, on the centenary of the founding of our republic”.

Erdogan pointed out that his government is seeking in this regard to make Turkey a leader among the world’s leading countries through its political and economic strength and through the solid infrastructure that it has established in every field, from education to health, security and technology.

Atatürk, he said, “actually fought and struggled when it was necessary for the nation’s struggle for independence and the future, and he also closely followed Europe and the world to stand in front of developments and not behind them”.

The Turkish president pointed out that his country has witnessed many security crises, has been attacked by terrorist organizations and attempts to besiege its borders, and has faced economic machinations.

On November 10 of each year, Turkey commemorates the death of the founder of the republic, Mustafa Kemal Ataturk (1938), through a ceremony held in all states.