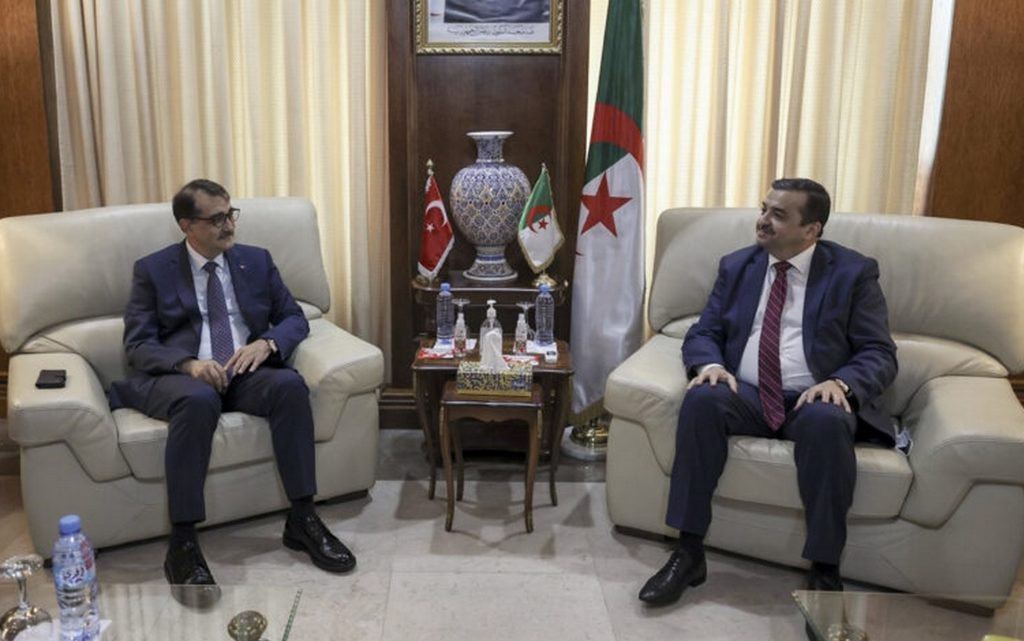 On Wednesday, Algeria and Turkey discussed new cooperation projects between the two countries in the energy sector, according to a statement issued on Wednesday by the Algerian Ministry of Energy.

The two sides stressed the importance of the work of the eleventh Algerian-Turkish joint committee, which began on Tuesday in Algiers at the level of experts from both countries.

The Algerian and Turkish ministers pointed to the opportunities and possibilities of investment and partnership in the energy sector, especially in the field of hydrocarbons, the development of the petrochemical industry and the production and transmission of electricity.

They also discussed other aspects of cooperation related to the exchange of experiences, investment opportunities and partnership provided by the mining sector in Algeria, especially in the field of research, exploration, exploitation and production of mineral materials.

The 11th session of the Algerian-Turkish joint committee will be held at the ministerial level, on Wednesday, under the chairmanship of the energy ministers of the two countries.

Later on Wednesday, a forum will be held for businessmen of Algeria and Turkey, which will be devoted to energy and mines.