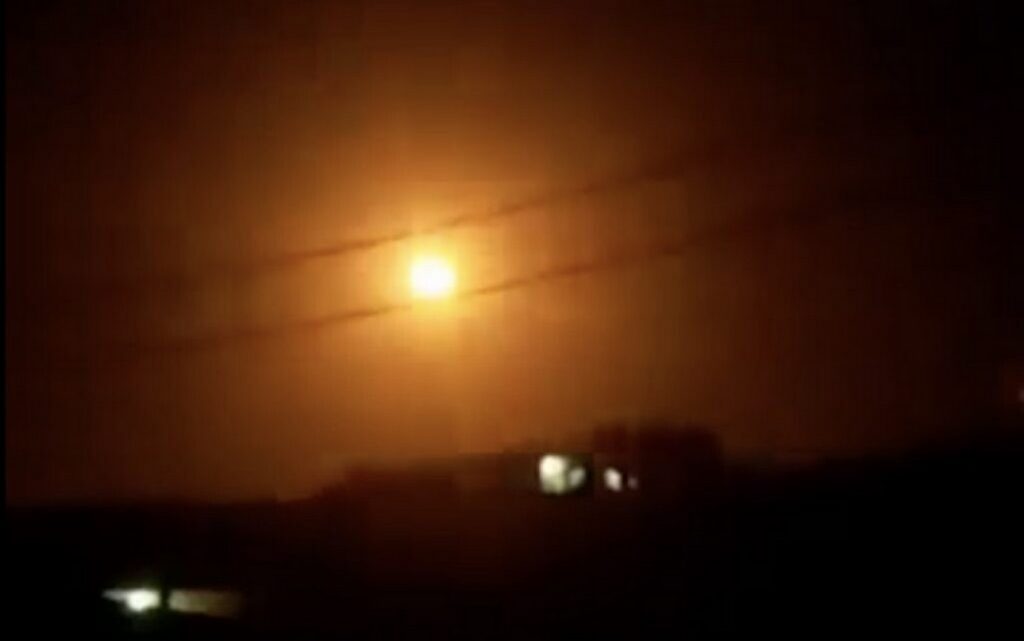 Official Syrian media said on Monday, that explosions were heard in the sky of the cities of Homs and Tartous.

The official Syrian News Agency (SANA) said that the air defenses confronted hostile targets in the skies over Homs countryside.

A Syrian military source also confirmed to (SANA) that at approximately 19:16 local time this evening, Monday, the Israeli enemy carried out an air aggression from the direction north of Beirut, targeting some points in the central and coastal areas.

It quoted the source as saying, “Our air defense media confronted the aggression’s missiles and shot down most of them, and the aggression resulted in the injury of two soldiers and some material losses”.

Sources close to the Syrian government forces said that “the air defenses dropped four missiles on the western and southern outskirts of the city of Homs before they reached their targets, and the anti-aircraft forces responded with dozens of missiles until they were able to bring them down”.

The sources confirmed to the German news agency (dpa) that “no missile fell on the city of Homs, because the response to them was through the areas of Tel Kalakh and on the line of the Lebanese Hermel region, so the air defense was able to shoot it down”.

The areas of the eastern countryside of Homs were subjected to Israeli missile strikes about two weeks ago, targeting the T4 military airport and the southern areas of Palmyra.