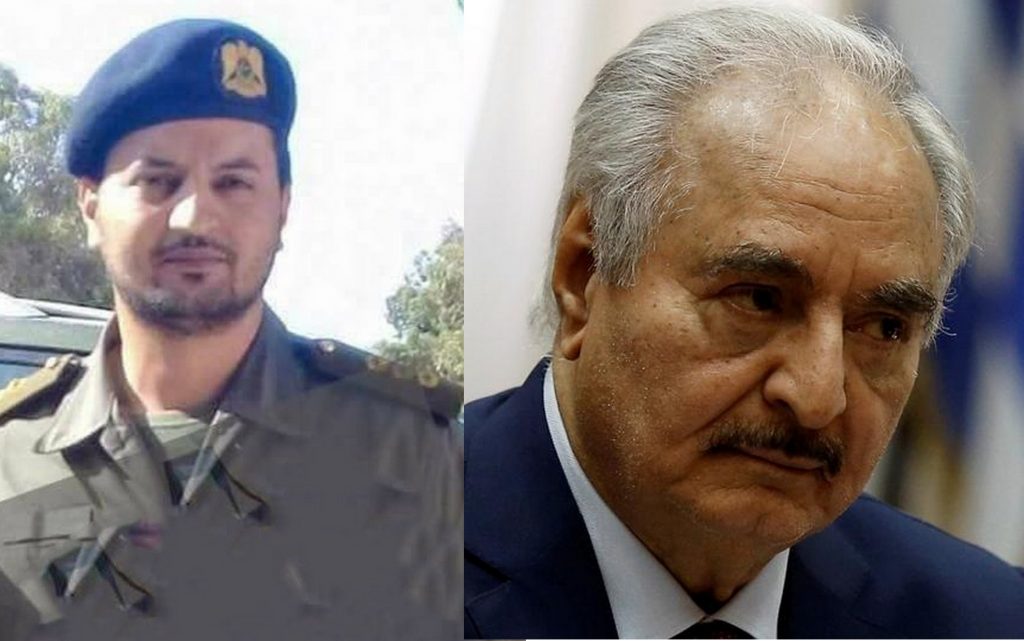 Haaretz newspaper, revealed on Sunday evening, that the son of the Libyan leader, Khalifa Haftar, arrived in Israel a few days ago, seeking help.

According to Haaretz, Saddam Haftar, the son of the commander of the so-called Libyan National Army, General Khalifa Haftar, arrived in Israel last Monday, carrying a message from his father requesting Israeli military and political assistance, and in return he pledged to establish diplomatic relations in the future between Libya and Israel.

An hour and a half after the plane stopped at the Israeli airport, it took off for Libya, according to Millman.

Haaretz pointed out that the plane belonged to Khalifa Haftar and was used to transport his family members and aides.

According to the newspaper, the goal of Haftar the son was to obtain military and diplomatic support from Israel, in exchange for a pledge to establish diplomatic relations with it in the event of the formation of a reconciliation government and the restoration of national unity after the presidential elections that will take place on the twenty-fourth of next December.

Haaretz security and intelligence analyst Yossi Melman revealed on Sunday that it was not clear who Saddam Haftar met with in Israel, noting that his father had in the past had secret contacts with Israel, including representatives of the Mossad and the Israeli National Security Council.

And it is likely that the visit is linked to the Libyan elections.

Haaretz indicated that there was no comment from Haftar or the Israeli side regarding the visit, knowing that there are no diplomatic relations between Israel and Libya.