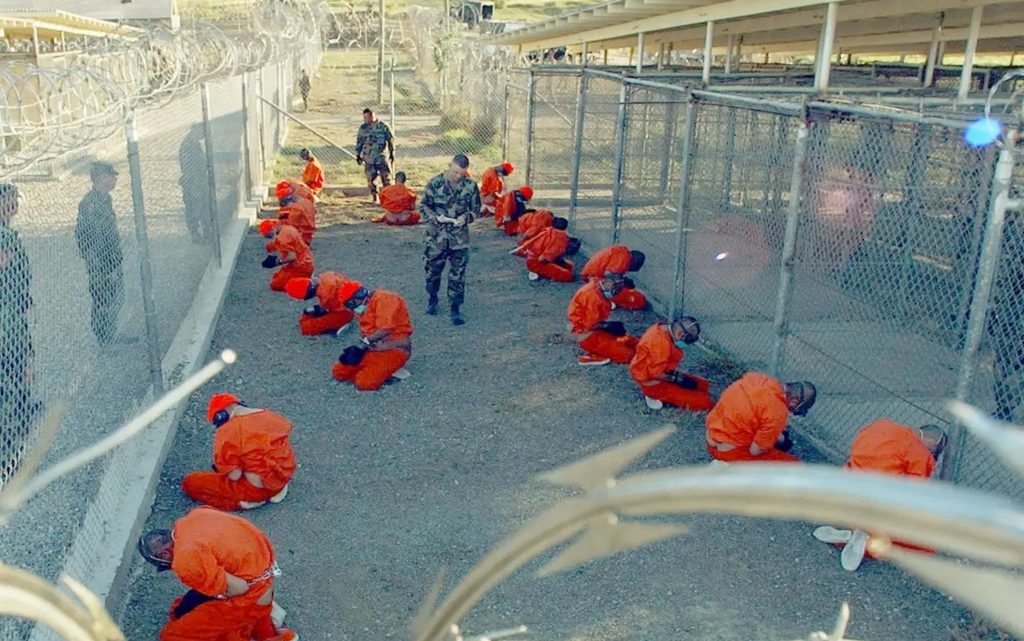 The Times published a report by Michael Evans entitled “Prison Forever: Why Guantanamo Bay Is Biden’s Toughest Challenge Yet”.

Evans says, “The comprehensive review that was conducted nine months ago failed to find any solution to closing the Guantanamo Bay detention center, and Biden’s administration faced the same problems that Barack Obama faced”.

Evans states, “Most of the prisoners were repatriated or to third-party countries, dropping their number from 780 to 39, but it remains unclear what can be done with those who remain.

Almost a third of them are defined as ‘forever prisoners’ who have never been charged and have no prospect of appearing in court, but their release is considered extremely dangerous.

Evans notes that “the detainee continues to absorb US taxpayers’ money, which is about 540 million dollars last year, and still requires hundreds of soldiers to protect its prisoners”.

“He continues to make headlines, most recently regarding al Qaeda terrorist Majid Khan, a Pakistani who first appeared before a military commission in detention in 2012.

He pleaded guilty to a series of attacks in exchange for cooperation with the FBI.

He was sentenced to 26 years in prison, but he could be released in February next year”, the author explains.

He adds: “While the deal can be considered a success for the detainee, Khan is one of only two prisoners to have been successfully prosecuted.

The case highlighted how long it takes to get a result, as well as reopening chronic wounds on how the prison is run, and the tactics the United States uses to get its targets.

During the sentencing of Khan, it emerged that seven members of the jury wrote a letter, obtained by the New York Times, condemning the harsh treatment he suffered at the hands of his CIA interrogators in ‘black prisons’ after his arrest in Pakistan in March 2003″.

Evans continues, “When Khan is finally released, there will still be 38 prisoners for the Biden administration to arrange”.

“There are 13 detainees who remain in Guantanamo but have been waiting to leave for more than a decade have been approved for transfers”, says Hina Shamsi, director of the National Security Project at the American Civil Liberties Union.

The most prominent case involves five al Qaeda suspects accused of financing and training the 19 hijackers that crashed into passenger planes in the Twin Towers, the Pentagon and a field in Pennsylvania on September 11, killing nearly 3,000 people.

Evans notes that they “face the death penalty if convicted.

But every attempt to set a trial date for them in the Military Commission Tribunal at Guantanamo Bay has been thwarted by legal arguments presented by defense attorneys.

“Everyone agrees that the military commission system in Guantanamo is broken and cannot deliver justice”, Shamsi says.