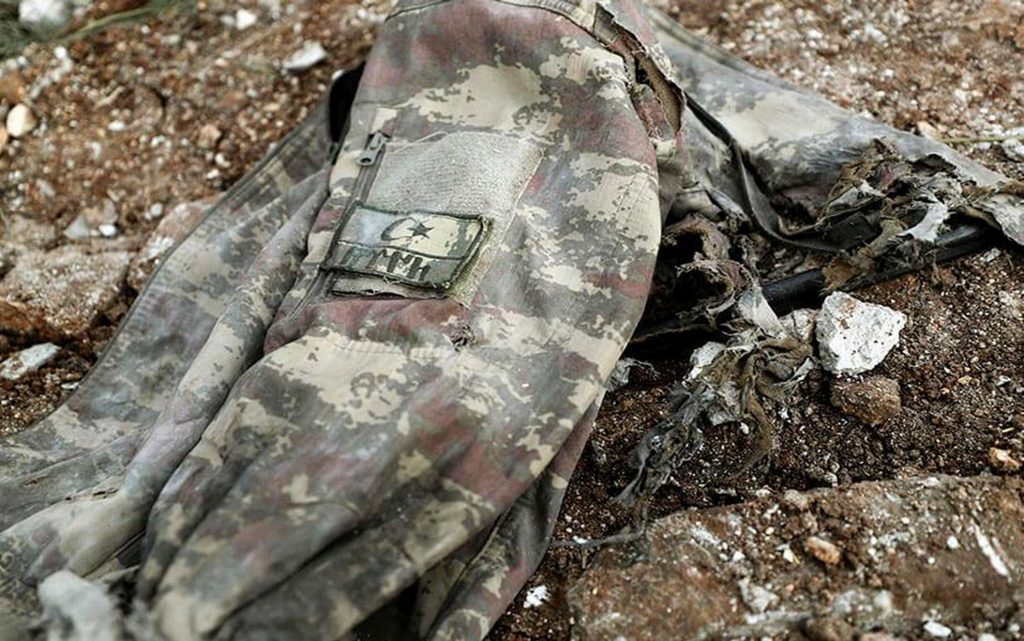 The British “Middle East Eye” website reported stories about Turkish soldiers, during which they recalled what they described as the bloodiest day for them in Syria and in the history of their foreign wars, which is February 27, 2020, when they were targeted in southern Idlib.

In one of the accounts provided by the Turkish soldiers, who refused to reveal their identity, a group of Turkish soldiers, consisting of at least 80 soldiers, rushed to take cover in a local building amid heavy Russian air traffic.

The soldiers indicated that at that time, the battle was preponderant for the Syrian army, which, one day before this targeting, regained control of the strategic city of Saraqib.

One of the Turkish soldiers who arrived at the scene said: “The dead were lying on the ground and the bodies were everywhere and some were buried under the rubble.

The scene I saw was very bad… The wounded were on the side of the road”.

He added that “the Turkish military vehicles were almost destroyed, and there were fires everywhere, and when the support arrived, they tried to help the wounded, and two cars were filled with injured soldiers, and they took two other Turkish vehicles at the scene and left to the nearest medical point”.

The Turkish government remained silent for hours after the bombing, even after Syrian and Turkish journalists started reporting it.

About 12 hours after the shelling, Rahmi Dogan, the governor of Hatay near the Syrian border, stood in front of the television cameras and announced a “Syrian air raid in Idlib”.

This angered the Turkish soldiers, who asserted that Russia was responsible for the targeting, while the responsibility of the Syrian state was announced in agreement between Russia and Turkey, asking, “Who is protecting us from Russia?”

The Turkish soldiers concluded that this was the bloodiest day for Turkey since the intervention in Syria in 2016 and the largest loss of life for the Turkish army on foreign soil since the 1974 military operation in Northern Cyprus.