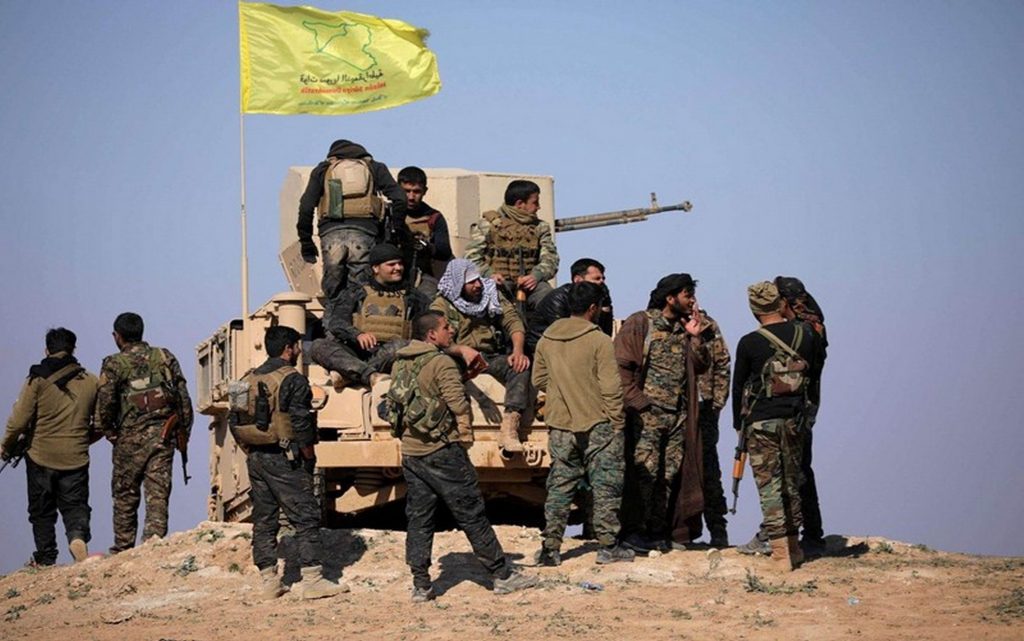 The militants of the Syria Democratic Forces “SDF” intensified their security campaigns against civilians and youth in most of their areas of control in northeastern Syria, putting them in “compulsory conscription” camps, coinciding with the escalation of the heat of the fronts with the “Turkmen” factions under the control of the Turkish army, which increased the intensity of their training in light of the Turkish threats of launching a military operation against the SDF.

In Raqqa, the SDF launched a wide campaign of arrests that included most of the northern countryside of Raqqa, which resulted in the arrest of 11 people on charges of dealing with “Turkmen” organizations and “Turkish intelligence” in light of Turkish threats to launch a military operation north of the city, eastern Syria.

The SDF brought in large military reinforcements and cordoned off the areas of “Hattin Farm”, “al Asadiya Farm” and “al Hawkiah Farm”, after which it carried out a campaign of arbitrary arrests that targeted many civilians and took them to unknown destinations.

In al Hasakeh Governorate, the SDF arrested a number of young men in the al Shaddadi area in the southern countryside of Hasakeh on Saturday, 6 November, for driving them and throwing them into the combat operations within its ranks.

The sources added that SDF gunmen raided a number of houses in the neighborhoods of al Shaddadi city, after erecting barriers at the entrances and inside the city, and arrested a group of young men and took them at gunpoint to training camps to forcibly immerse them in combat operations.

The series of raids launched by the SDF on a daily basis in the countryside of the governorates of Raqqa, Hasakeh and Deir al Zour coincide with the increase in attacks targeting it by its rivals in the armed Turkmen organizations loyal to Ankara.

The Turkmen and the Turkish forces raised a great military alert.

The militants of the Turkmen organizations also conducted intensive military training to prepare the fighters to withstand the likely situations they might encounter during the upcoming battles on the increasingly heated fronts in northeastern Syria, within one of the central camps of the forces of the so-called “Unified Command Room – Azm” in the northern countryside of Aleppo, as part of their declared preparations to launch a military operation against the SDF forces.

The Turkmen factions under the Turkish army renewed their intense artillery bombardment on SDF positions and civilian homes in the countryside of Tal Tamr and Abu Rasin, northwest of Hasakeh, for the third day in a row, as Mujibara village in Tal Tamr countryside was targeted and a shell landed on one of the houses.

Material damage was reported, but no casualties were recorded, and this came hours after the bombing of Dardara village, near the village of Mujibra.