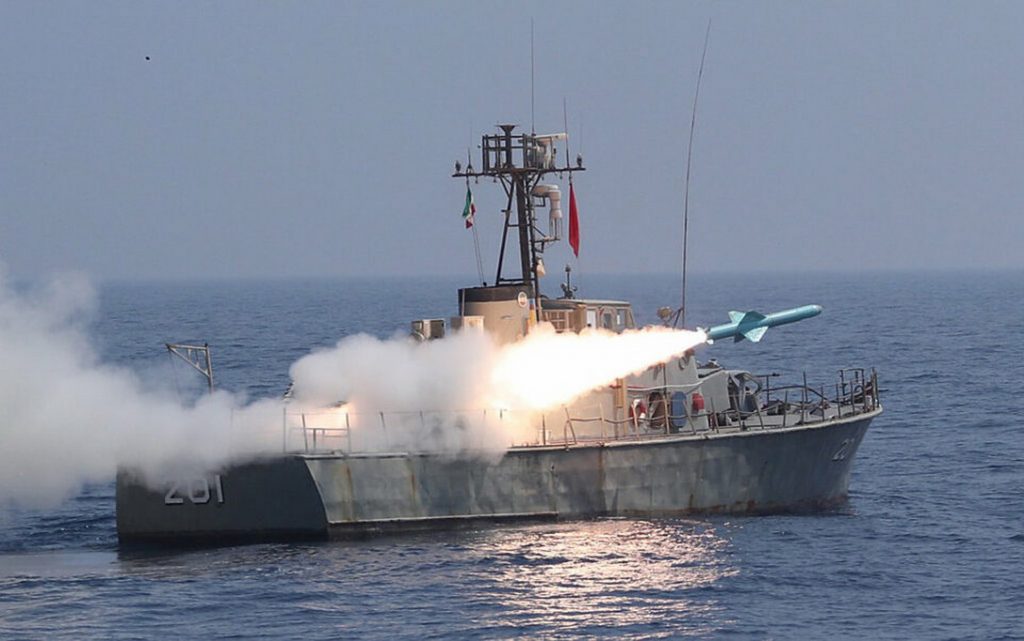 Admiral Habibullah Sayyari, Assistant for Coordination Affairs to the Commander-in-Chief of the Iranian Army, announced on Saturday, that his country will conduct, on Sunday, a huge naval maneuver in the Strait of Hormuz and the Sea of ​​Oman.

The Iranian Tasnim news agency quoted, on Saturday, Admiral Sayyari, that his country will conduct, on Sunday, the main stage of the huge naval maneuvers, dubbed “Zulfiqar 1400”, with the participation of units of the land, air, naval and air defense forces of his country.

Admiral Habibullah Sayyari pointed out that the huge naval maneuvers extend over an area of ​​more than one million square kilometers, and are spread east of the Strait of Hormuz and the Sea of ​​Oman to the northern Indian Ocean.

The Iranian military official confirmed that the naval units and submarines of the Navy, along with the infantry, armor and mechanized units of the Army’s land force, the Air Force’s fighters and drones, and the Iranian Air Defense Force’s systems, have also been deployed a few days ago in the public areas of the naval maneuvers.

The Assistant for Coordination Affairs of the Commander-in-Chief of the Iranian Army pointed out that the Iranian Navy will conduct various exercises, but the units will carry out the main phase of these maneuvers, on Sunday, noting that during these maneuvers various types of installation operations will be conducted by the participating units.

The Iranian military official attributed the goal of these huge naval maneuvers to gaining the necessary combat readiness to confront any potential threats, especially since the drones in these maneuvers will carry out various joint exercises in conjunction with the possibility of carrying types of optical and combat shipments, capable of electronic warfare.