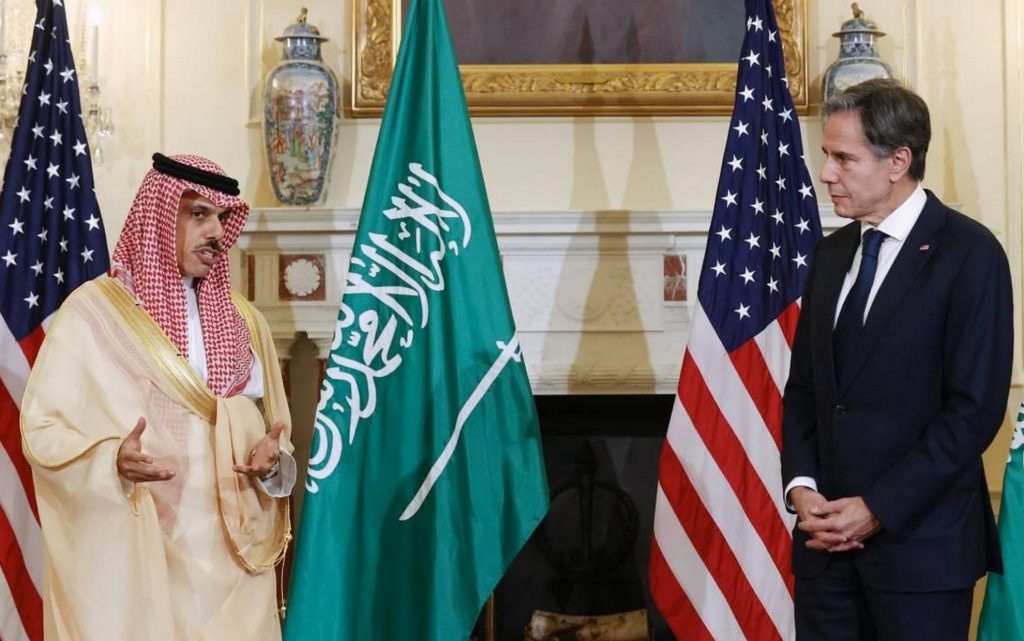 The US government has decided to sell Saudi Arabia 280 medium-range “air-to-air” missiles, despite Joe Biden’s commitment to prioritizing diplomacy to end the conflict in Yemen, where Riyadh is militarily interfering.

The US State Department said Thursday that Riyadh, which supports government forces in Yemen against the Iranian-backed Houthi rebels, had requested 280 AIM-120C missiles and their equipment, at an estimated value of $650 million.

The US State Department added in its statement that the administration informed Congress of its decision to accept the request.

Relations between Washington and Riyadh have been greatly strained since Joe Biden came to the White House, and before his election he had promised to make Saudi leaders “pay the price” for the murder of journalist Jamal Khashoggi.

But the US military is still deployed in several bases in the kingdom, which remains a major US ally in the region.

The State Department justified the sale, which appears to contradict Biden’s commitment to end support for the military coalition in Yemen, by emphasizing that these missiles will protect American lives.

“We’ve seen an increase in cross-border attacks against Saudi Arabia over the past year,” a State Department spokesperson said.

He added that “Saudi AIM-120C missiles played a key role in intercepting multiple drone attacks that endangered US forces and threatened more than 70,000 American citizens in the Kingdom”.

The spokesman added that this type of missile “is not used against land targets”, in light of accusing Riyadh of indiscriminately bombing civilian targets.

And he added that the missile deal “will allow the Kingdom of Saudi Arabia to replenish its stockpile and (the United States) respect the president’s commitment to support the defense of Saudi territory”.

It is also “fully consistent with the administration’s commitment to strengthening diplomacy to end the conflict in Yemen, while ensuring that Saudi Arabia has the means to defend itself against air attacks by the Iran-backed Houthis”.

According to the sources, these missiles (AIM-120 AMRAAM) are of the class of high-precision radar-guided missiles, which can hit targets beyond the visible range as well as within the visible range.

These missiles are mainly used by fighters, and they can be loaded on all US aircrafts, where the “F-15”, for example, can carry about 8 missiles of this class under the wings and the body.

Some media sources indicated that the US military is reticent and doesn’t publish any information regarding the capabilities of these upgraded missiles, but sources revealed the estimated feasible range of the “AIM-120D” missile, which was estimated at about 161 kilometers, but the exact range of the missile is still classified.