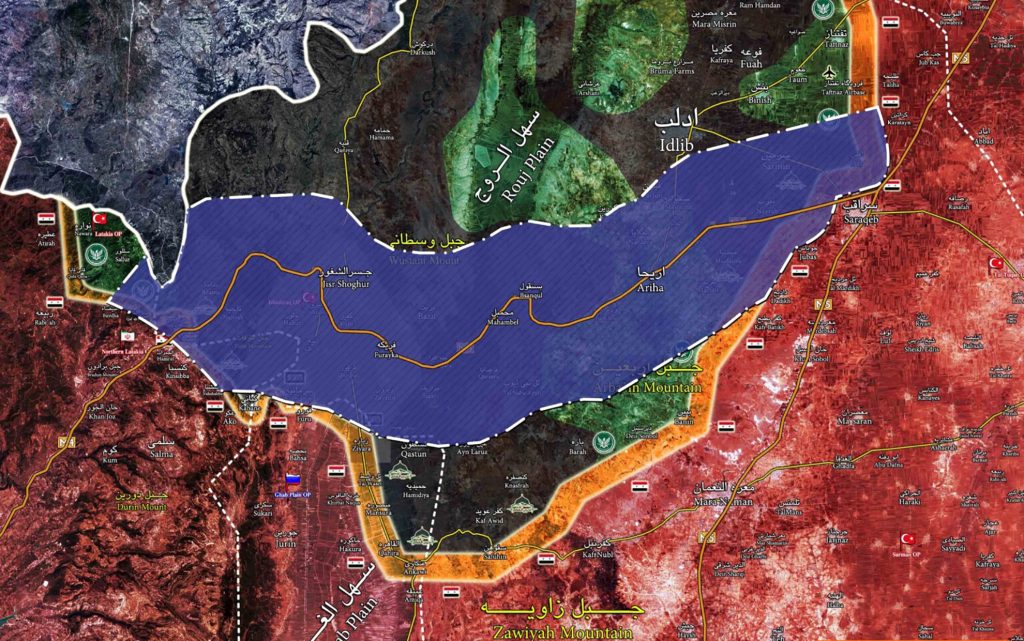 The spokesman for the “Syrian National Reconciliation” Omar Rahmon said that the Syrian government forces will launch a battle to control Jabal al Zawiya in conjunction with Turkey launching its battle against the SDF.

Rahmoun said in a tweet on Twitter: “At the first moment of the launch of the Turkish military operation in northeastern Syria, Jabal al Zawiya, Jisr al Shughur, the rest of the al Ghab Plain and the M4 road and 8 km north of it will be liberated as a first stage”.

He added: “The rest of Idlib will be subject to a second phase.

The door to reconciliation is open, and whoever desires a settlement, the door is open to everyone”.

In recent days, the Syrian government forces have sent huge military reinforcements to the Idlib axes, in conjunction with the escalation of artillery and missile shelling.